As you probably know, I’m passionate about pitching – because we SUCK at pitching here in Europe! So when the new Cologne-based incubator STARTPLATZ asked me if I would be interested in getting involved in a new program to help our regional startup entrepreneurs becoming better at pitching, I wasn’t hard to convince.

So say hello to the Rhineland-Pitch!

The Rhineland-Pitch is a pitch competition event held at STARTPLATZ every last Monday of each month that aims to heighten the quality of our regional startup pitches by providing intensive training to the applicant entrepreneurs and letting the winners pitch to a select and exclusive audience of entrepreneurs, press and investors.

A week in advance, all applicants get a one hour intensive crash course on pitching and after a rapid-fire elevator pitching session, the winners get an additional and immediate four hours of individual pitch training from yours truly.

At the end of the individual training sessions there’s immediately another selection process where the entrepreneurs present the pitch they’ve prepared and the best get invited to the Rheinland-Pitch event the following Monday.

So what do you win except for the glory? Well, a chance to pitch in front of and meet with investors, get critical feedback – AND a video of your final pitch to boot! (So you better make your performance count!)

And it’s all for free! So apply now for the next Rheinland-Pitch May 27th!

Last Monday April 29th saw the first ever Rheinland-Pitch and here are some impressions from it:

Some stats from the first round:

And the winners are: 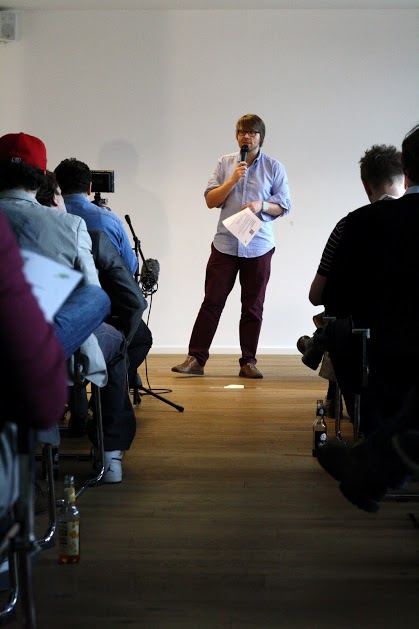 See Thomas @boydroid Riedel of NERDHUB’s gallery for more photos of the event.

And check out this bonus video to learn more about the competition, coaching and selection process:

If you didn’t make it the first time, practice and try again! See you there!

It’s yet another Friday and it’s time for some more free stuff. If you are new to Frivolous Fridays, check out the previous two post (1) (2) for more.

The last times I was promoting musical friends of mine. This time I’ll donate some unused and unpaid designs from my own hairy hands to the Creative Commons domain. Feel free to use the provided material any way you’d like within the Creative Commons 3.0 Attribution Unported license. Make sure to attribute Vidar Andersen / blacktar.com and you can even make money from using my design – not that I’d know who’d actually pay for this ;).

First up we have a generic web site for some whatever corporation that I committed back in 2005. I was inspired from a vapor ware hardware site of the times. Kudos if you can tell me which. ;) And yes, the 3D image / illustration is also made by me (2002) and free for you to use. Download the Photoshop files if it tickles your fancy.

Then there’s another blast from my 2005 past: Caveat:
Materials provided AS IS as Photoshop PSD and JPG files. The designs use two not-so-free fonts: Heisei Maru Gothic Std and Helvetica Neue. Make sure that you buy them before you use them.

You have a great week end and be sure to leave a comment on how you love or hate my freebies!

This is the sequel to my Frivolous Friday Premiere post.

Do you remember the times before the daily hustle and barter for new invites to the next social killer site? The time before myspace and flicker? When AJAX still meant detergent? Before mashups and mixups? Before DRM? The early days of Napster and mp3.com?

Back then I used to host music from talented unsigned friends on my own server. I recently saw that the pages and the mp3s are still there beneath layers of dust and mold, so I thought I’d share the remains with you – as is.

Feel free to use the music as you like as long as it is not for commercial purposes and please remember proper attribution.

First up we have three tracks from Lover’s Lane, featuring Marius Asp from ex Bello Semen and Erik Andreas Røkland among others. The style is rather pop-ish and definitely catchy. 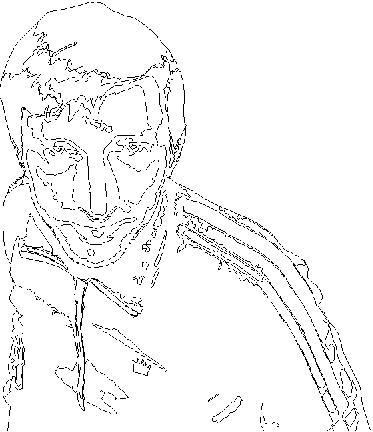 Then there’s 17 (!) tracks by John Ebinger from Sailauf and the dark Spessart forest in the south of Germany. This one guy act can probably be described as dark electronica. My favorite is probably the Blumfeld Mix and Computerliebe – just can’t get them out of my head. 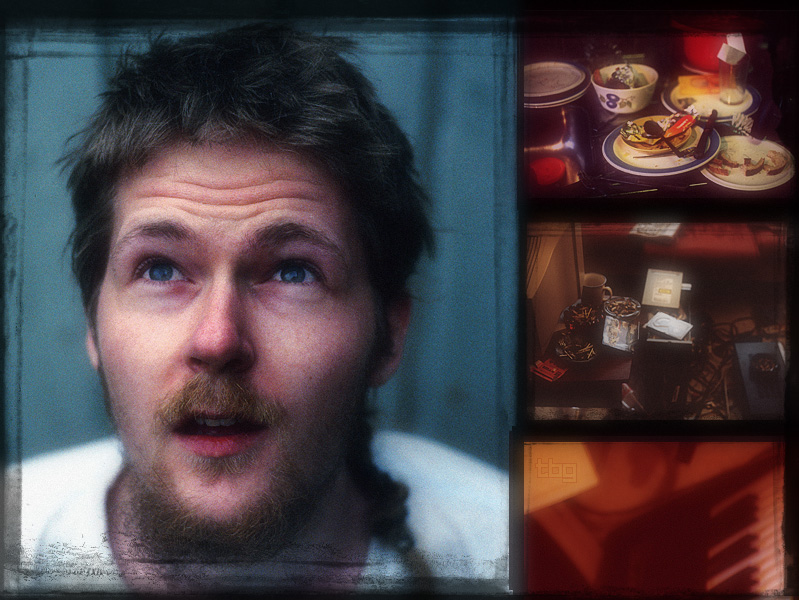 Lastly there’s that guy TBG again from my last post revisited! I discovered some additional mp3 files laying about and decided to upload them for your listening pleasure.

Enjoy the week-end and be sure to leave a comment on how you love or hate the artists!

On every Friday I’ll try to give you all a little something-something. Be it music, advice, knowledge or a warm fuzzy feeling. To kick it all off, I’ll be doing some housecleaning:

Do you remember the times before the daily hustle and barter for new invites to the next social überkiller site? The time before myspace and flickr? Before mashups and mixups? The early days of Napster and mp3.com before people had to try and find a Pirate Bay proxy to access the site?

Well, it’s not important that you do – all those hours of post traumatic stress disorder therapy probably did us all some good in the end – but back then I used to host music from talented unsigned friends on my server. I recently saw that the pages and the mp3s are still there beneath layers of dust and mold, so I thought I’d share them with you – as is. My friends are still making music under different and various names these days, but with no financial success – However, they are still relatively young. They’ll make it! Someday.

UPDATE 2013:Some of them went on to see some success. 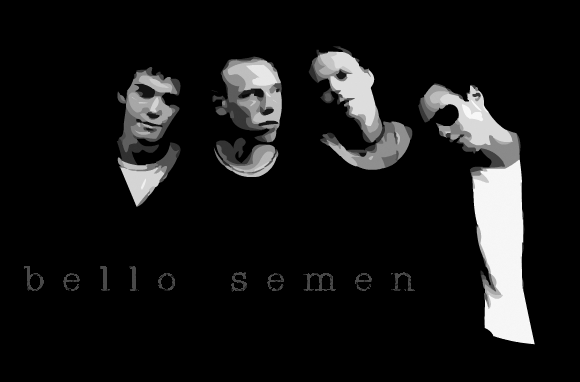 First up there’s Bello Semen with four professionally recorded tracks http://www.blacktar.com/old/bellosemen/ If you’re into the likes of Jeff Buckley, I’m sure you won’t be disappointed. Give them a try!

Secondly, but by no means a runner-up, I offer you TBG on a http platter http://www.blacktar.com/old/TBG/ This old school dude made all his music on one sucky old PC. The eclectic style ranges from hip hop to game scores to old school chip tunes. Check him out if you’re into any of that lovable oldskool stuff!

UPDATE 2013:These days you can find TBG on Soundcloud. 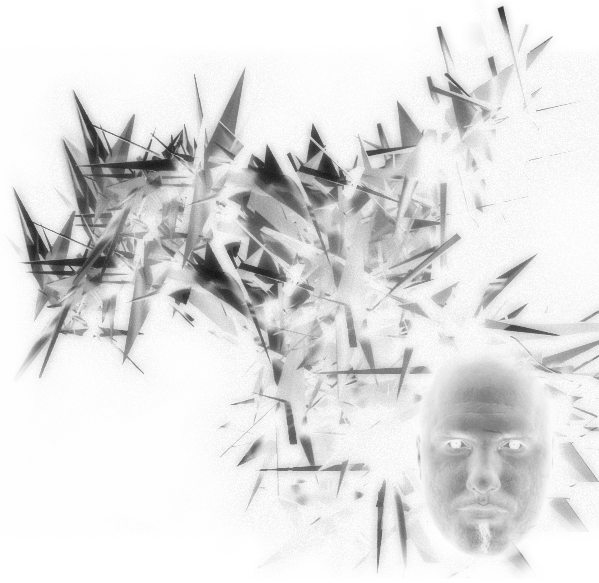 Last – but by no means least – there’s BK http://www.blacktar.com/old/bk/ This guy plays all instruments himself and records it in his own home studio. The style is hard to describe, but I’ll suggest tagging it as dark pop would not be jibing. Even if that sounds awkward, give it a try – it’s catchy!

UPDATE 2013: Check out his latest project DIM on MySpace

As I said, everything is provided ‘as is’. That is to say there are e.g. no streaming Flash goodness hiding behind those URLs. Take it as a snapshot of bygone times, or something equally esoteric .

Be sure to leave a comment on how much you love or hate the music! It would be ueberkillercool if you’d also leave me some suggestions on what you’d like to see in the Frivolous Friday posts!