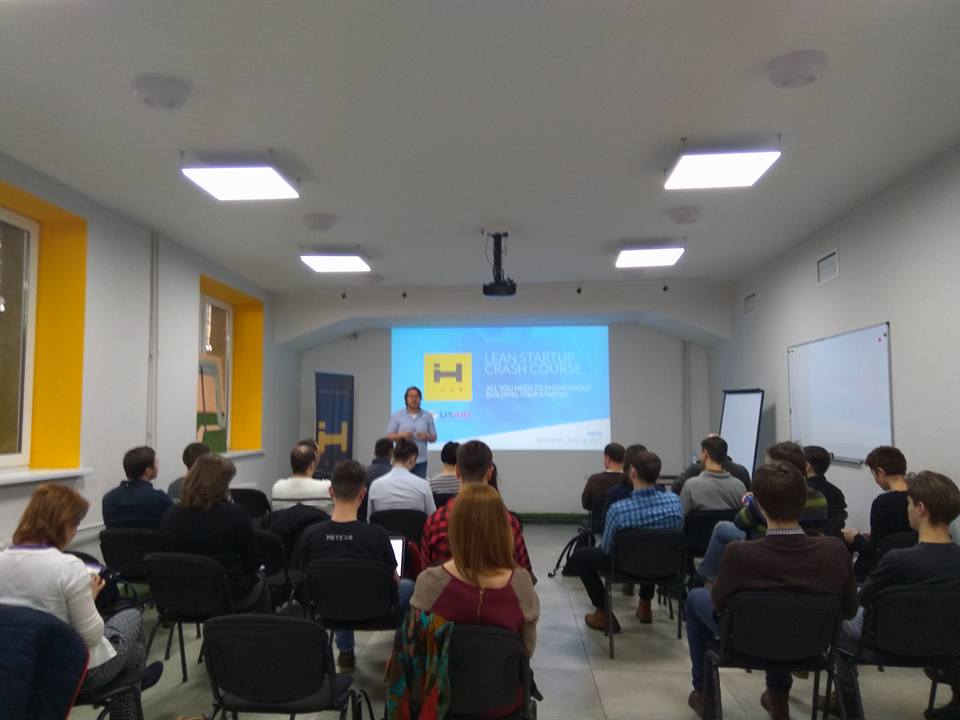 Recently I was honored and delighted to be invited by USAID to help companies and startups in Moldova.

The United States Agency for International Development (USAID) is the United States Government agency which is primarily responsible for administering civilian foreign aid.

I knew where the country of Moldova (not Moldavia – that’s the name of a region) was on the map (Hint: It’s just east of Romania), but I had never previously visited. I was surprised to find a small but capable startup community and a lot of familiar faces in the capital of Chisinau. 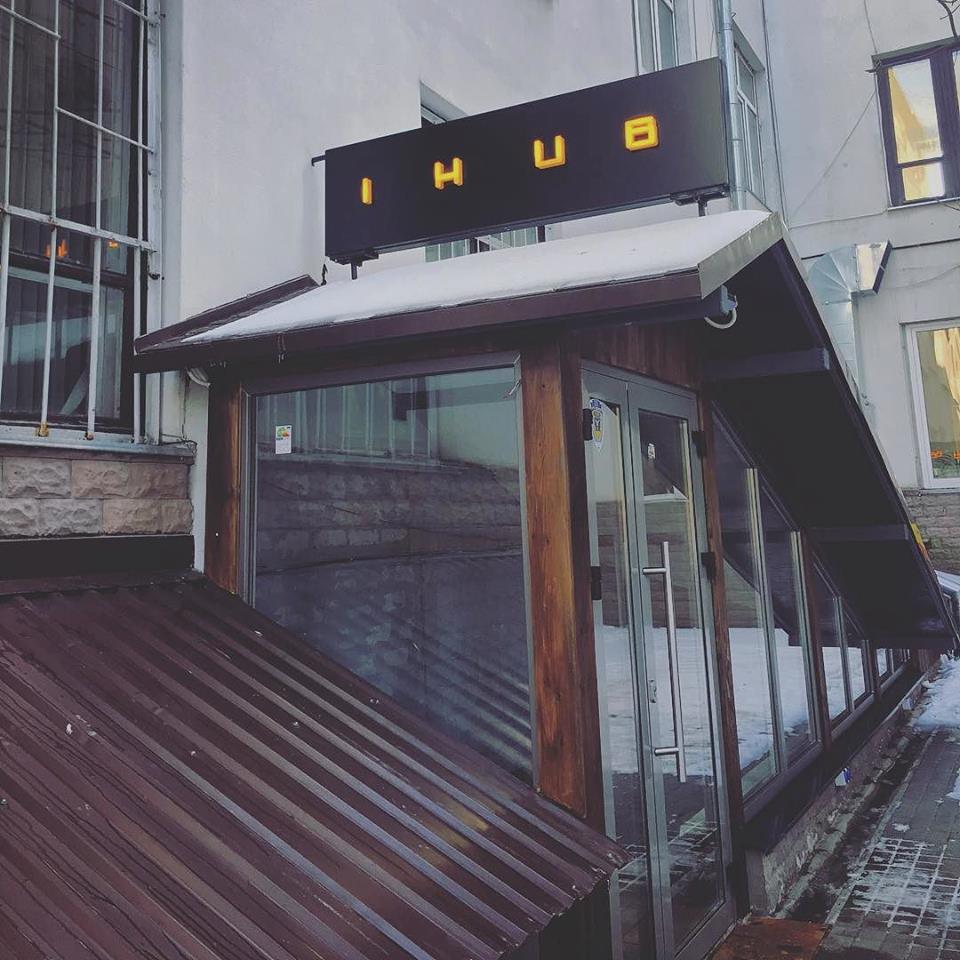 The entrance to the cool new iHUB Chisinau

First up, I had two workshops with Moldovan companies and their management about how corporations engage with startups and why; One at Starnet (the primary telco in Moldova)  and one at the coworking space and startup center iHUB (also supported by the Norwegian Ministry of Foreign Affairs among others).

The topic of innovation and growth is especially interesting in Moldova because one of the leading industries is outsourcing; building apps, websites and software for other western companies. This is a good business model for now – but for how long? What happens when other markets will outcompete them on price? So I talked a lot about the importance in experimenting with developing new products and how, before their business model may become obsolete and also how and why they could be reinvesting in local startups as a part of their innovation portfolio.

Back to back, I was also honored to be invited to speak about my startup experiences at the Startup Grind Chisinau in the evening. 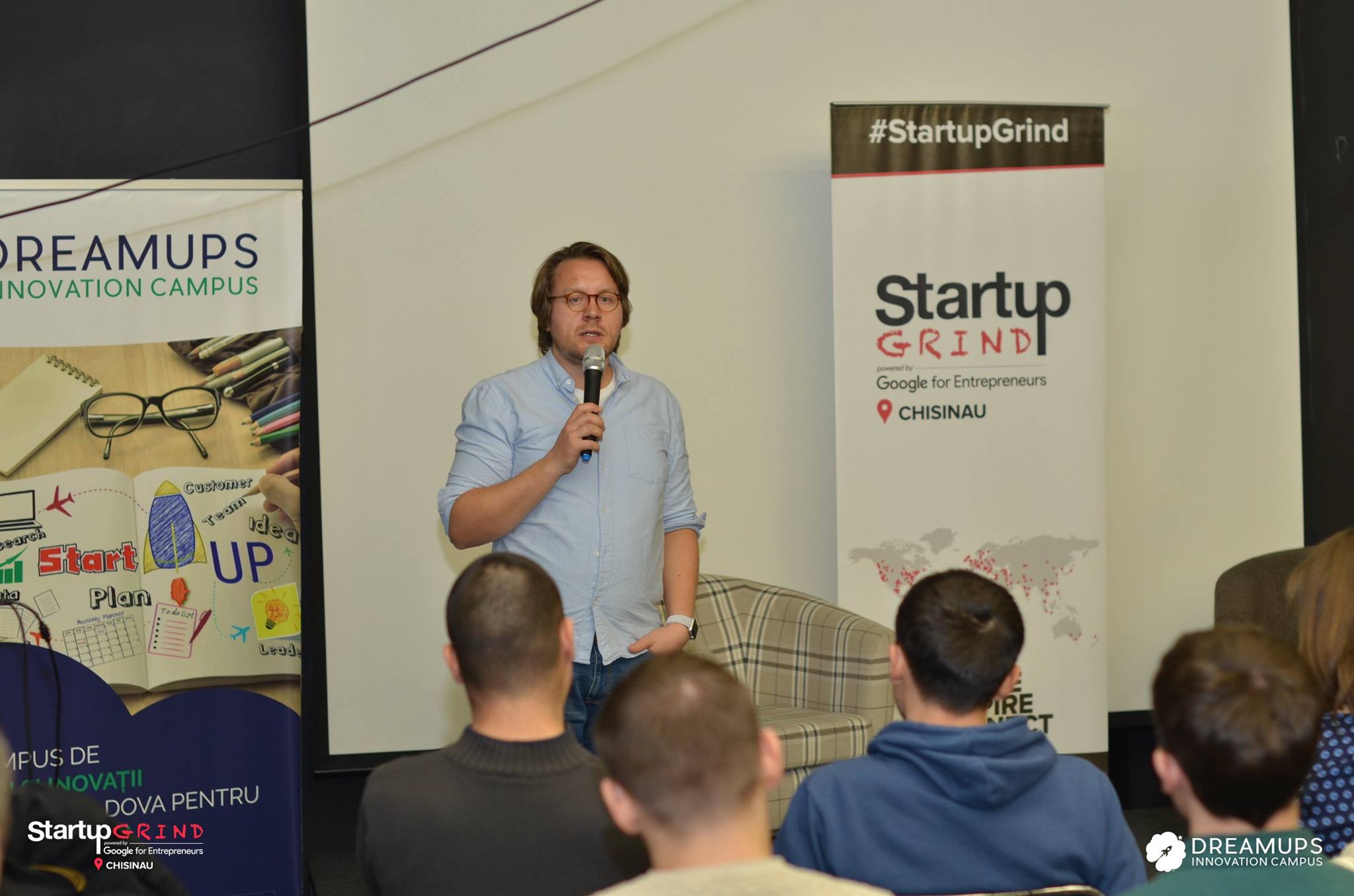 At Startup Grind Chisinau, I spoke a bit about my startup experiences

And a day later I held my popular Lean Startup Crash Course for existing startups and people considering founding one. 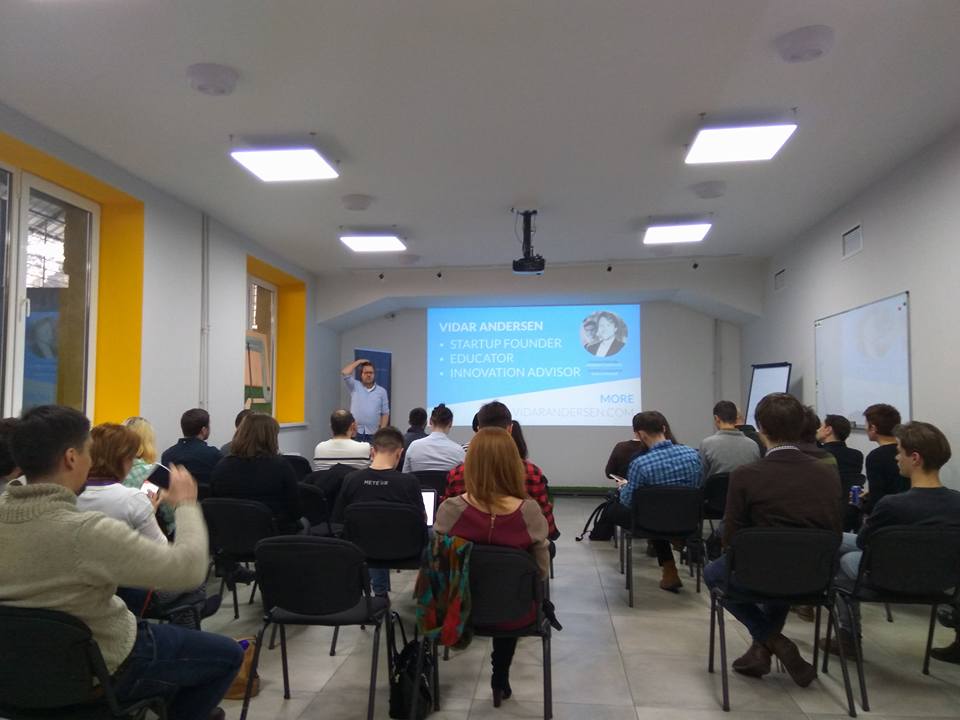 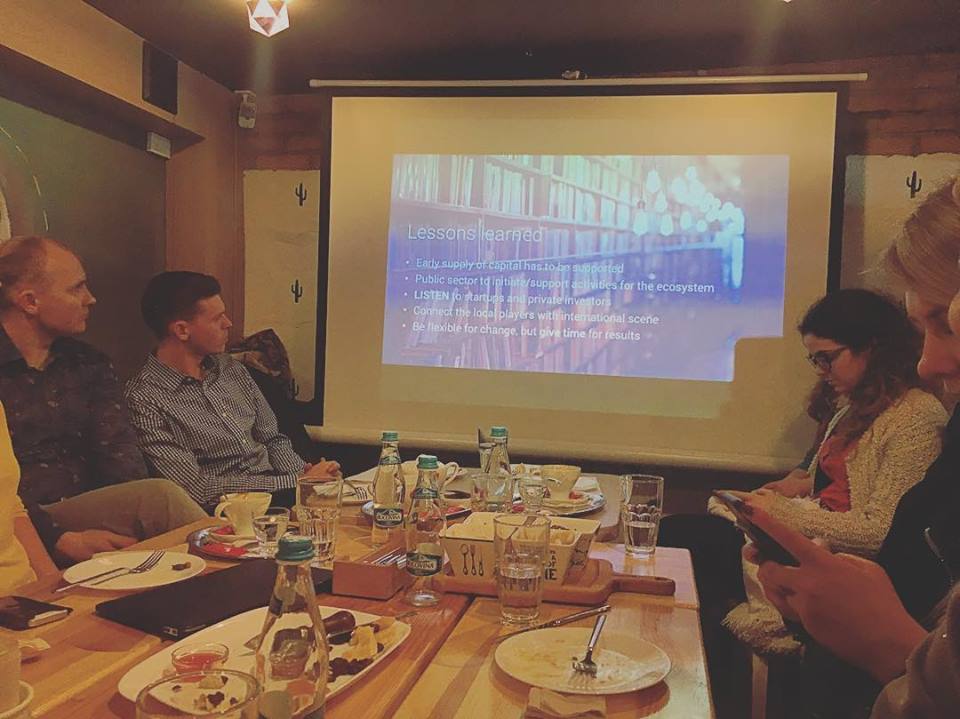 My guide and help on the ground was Traian Chivriga of UnArtOras that I already knew from Cologne’s own Pirate Summit – And in the evening there was time for socializing… ;) 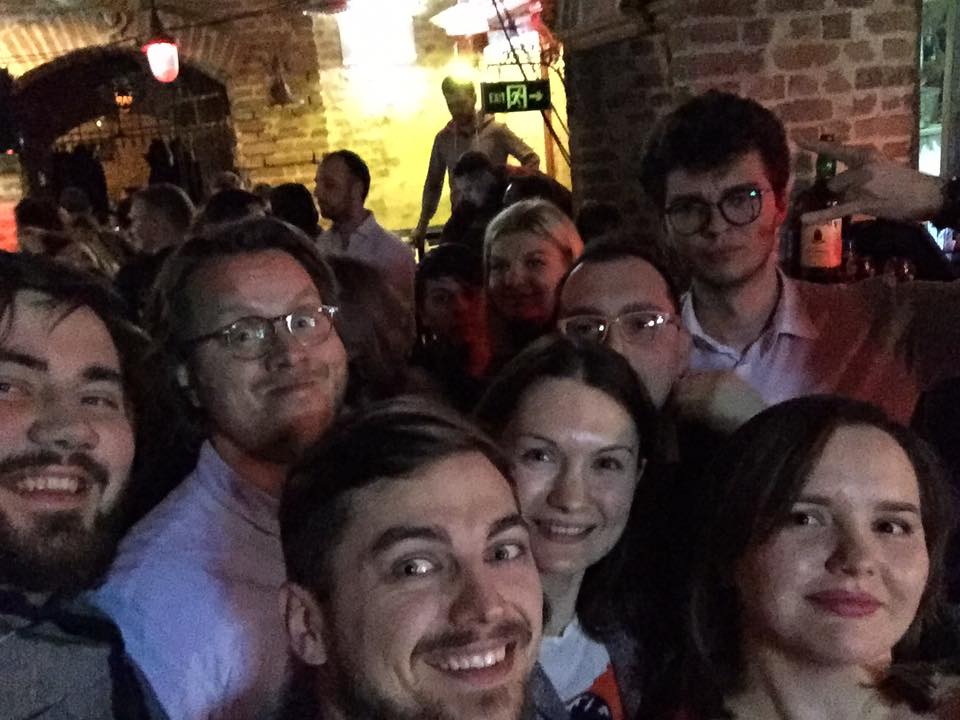 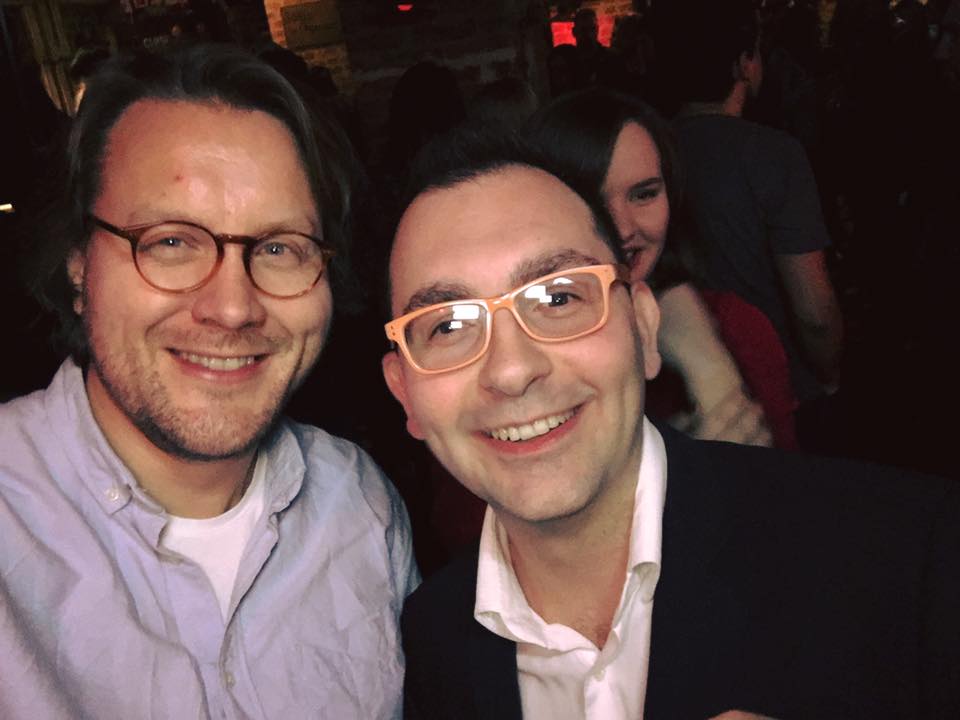 I met this guy that I also knew from Cologne’s Pirate Summit already; Riccardo Fedeli 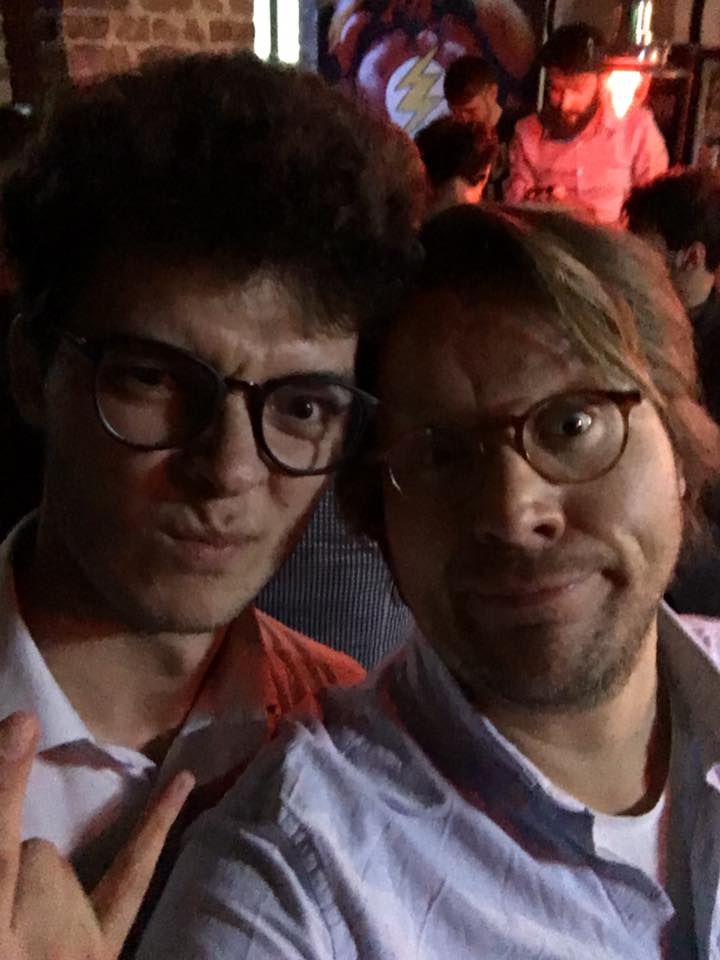 And Vlad Calus of planable.io – that I too knew from the Pirate Summit in Cologne already 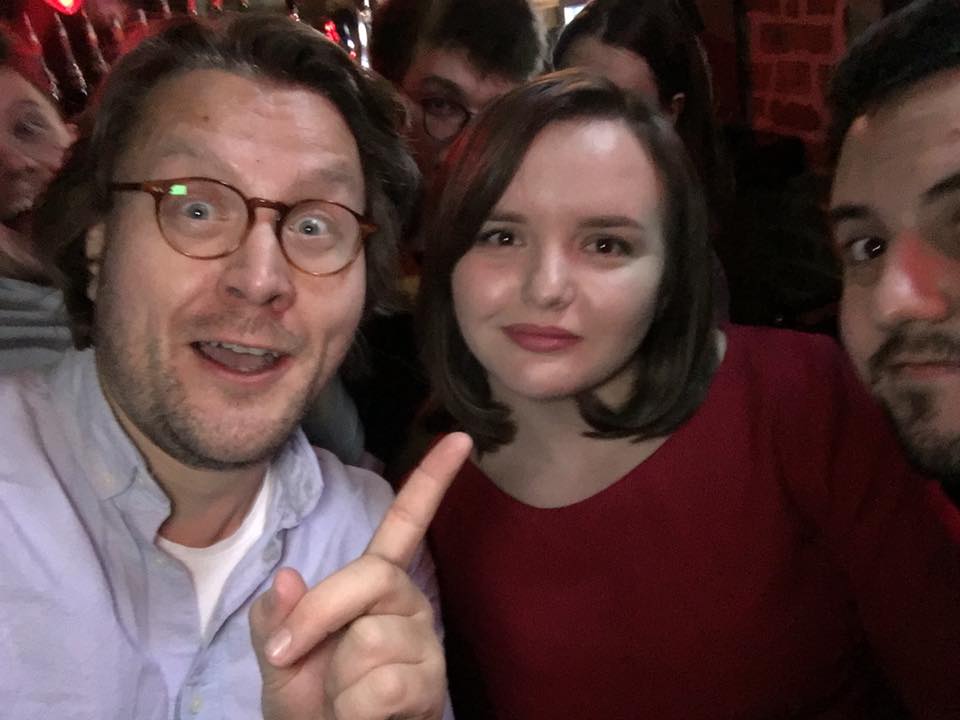 These were the slides for my Lean Startup Crash Course:

These were the slides for the talk about why and how corporations engage with startups: