I’m currently in Silicon Valley on a scholarship, invited to receive the Lean Launchpad Instructors class with Steve Blank at Stanford so I thought I’d share the story about what Customer Development and the Lean Startup Movement means to me and how I got involved. 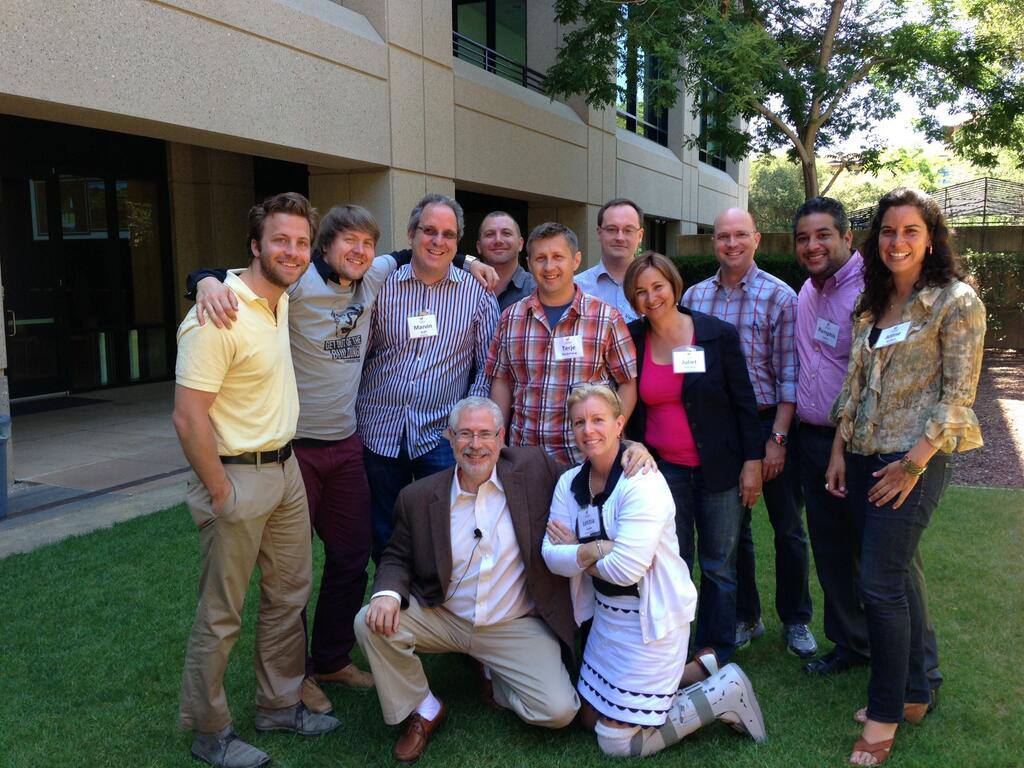 Although I read “The Lean Startup” book by Eric Ries as it came out in 2011 and found it quite insightful and actionable, it would take almost a year before I got seriously into Customer Development – which the book mentions as one of the components of the Lean Startup but in my opinion doesn’t really go into much detail about.

At the time I first read it, I felt the book, aside from being a bit heavy on anecdotes, was highly focused on building and tweaking stuff (and that is probably why it was a runaway hit with developers and entrepreneurs – Hey! We like to build things, exert our agency in the world and we’re all about action, not about talking!) and could not help feeling something crucial was missing- that in it seemed to me an inherent danger of inviting only more building of stuff for the sake of building more stuff.

It wasn’t before almost a year later and after doing my own startup in all sorts of wrong ways that I got re-introduced to the Customer Development methodology and the teachings of Steve Blank in-depth.

As we were planning to organize the very first Startup Weekend Cologne, we were introduced to the new NEXT program – basically a democratized version of the Lean Launchpad program taught by Blank at Stanford, Berkeley and Colombia and used by the National Science Foundation, teaching Customer Development, Business Model Generation and the Lean Startup methodologies.

So we (Lukas Strniste, Puja Abbassi, Till Ohrmann, Sara Usinger and I) just said yes and jumped on the bandwagon, not really knowing what we were getting ourselves into. Thus I was trained as an official instructor by Steve Blank, Bob Dorf and Eric Koester and in December 2012 Cologne became one of the first very few cities in the world to offer the Lean Launchpad curriculum as taught at Stanford on a local level and for a nominal symbolic fee. And now, half a year later, we are about to start our third cohort of the program.

During the training to become an instructor for NEXT and running the program for two cohorts so far, it became clear to me why Customer Development resonates so strongly with me, and orders of magnitude more so than when reading the “Lean Startup” book.

I founded my first own software company back in 1997 and since then my philosophy in creating software for F500 enterprises and GOs has been “It’s not about technology – It’s about people. Listen very carefully to your customers – and their users. Engage in humble conversation and learn, learn, learn.”.

When creating software for enterprises and GOs, it’s incredibly important to assume that the customer, the person actually doing the project ordering, is only tasked with ordering the problem fixed and not actually having any proprietary insights to the actual problem. So I always asked and listen, asked and listened, challenging the assumptions that they already knew what the problem was and how to solve it – and for whom it actually represented a felt problem.

Anyway, when I finally had a good idea about what the customers ordering the project thought what the problem was and how to solve it, it was incredibly important to press on and ask for further interviews with their actual users, the people who were actually supposed to feel this problem and that would have to live with the actual solution in their everyday corporate life.

And what these users told me usually did not rhyme with what the people ordering the project thought. Usually there was a real and clear cognitive dissonance between the two types of stakeholders, about what their ideas about what the problem actually was and what an actual solution should look like.

So my secret to creating highly successful software that solved real problems for real people for 16+ years now was simply to listen – and listening to enough people, to all stakeholders affected by the problem and the proposed solution, assuming that I wouldn’t get to the whole truth by only listening to the customer ordering the project.

That I wouldn’t get to the truth about the problem before I started recognizing a frequently recurring signal from a significant amount of stakeholders on all levels. And that I would not be able to know what a viable solution to that problem could look like without comparing the stories, the recurring signal, from the different types or groups of stakeholders and figure out the different motivations, jobs they were trying to get done and how they would overlap.

Because the actual solution, the truth, was normally found somewhere in between.

Although enterprises are not startups (the problem that I was trying to solve and the customers I was trying to solve it for was usually somewhat known) suddenly Customer Development made a whole lot of more sense to me as it was in part something I had already been intuitively practicing for years.

In Customer Development, I now had a complete methodology for building a startup incorporating methodologies I myself knew to be validated through my own experiences. I could now preach what I had been practicing – and that is how I became a true believer and practitioner.

So what is Customer Development?

Customer Development is a methodology to get from a belief-based to a fact-based venture, from a half-baked business idea to a company with a validated repeatable and scalable business model.

In an over-simplified nutshell, the Customer Development methodology has two main components. The “search” for and the “execution” of a business model.

Once you’ve validated your business model, you move on to the “execute” component which is also divided into two sub-parts, Customer Creation and Company Building, which consist of creating user demand and building the organization to scale. 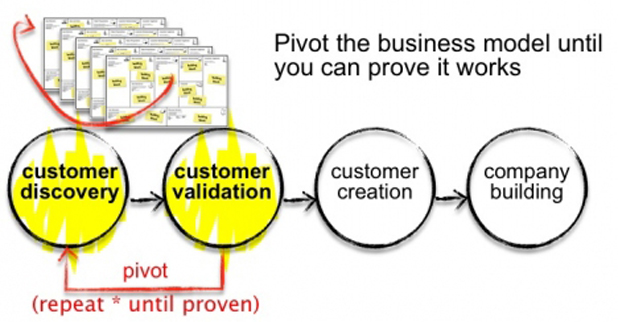 For a more detailed and more entertaining introduction, I highly recommend taking Steve Blank’s “How to Build a Startup” course on Udacity and picking up the book “The Startup Owner’s Manual“. If you’ve not heard of it before, Udacity is an amazing online learning site that offers a range of courses for many professions. But don’t just take my word for it as you can find a detailed review of the site here https://learnacourseonline.com/udacity-review/

Now GET OUT OF THE BUILDING!

I was recently invited to speak about my lessons learned as a startup entrepreneur at the steps2startup program at the University of Cologne.

steps2startup is a student initiative at the University of Cologne to help young people interested in startups and entrepreneurship build their network and exchange experiences and ideas with likeminded people. 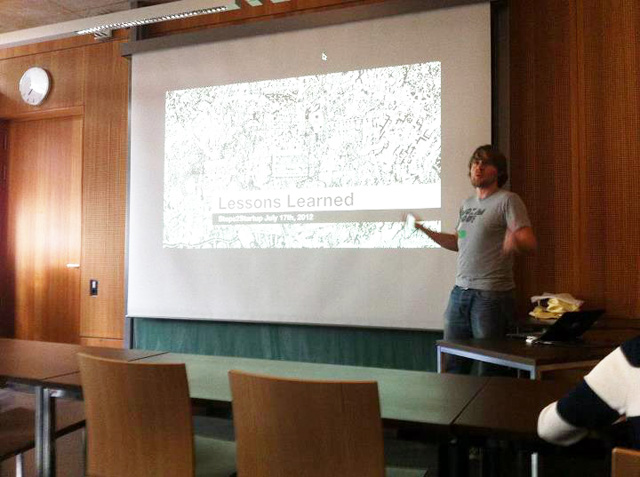 It was inspiring to see about 50+ student in attendance at a very busy exam time.

END_OF_DOCUMENT_TOKEN_TO_BE_REPLACED

I recently had the pleasure to hold a WTF lecture at the Knowmads business school in Amsterdam.

The subject of my talk was social capital, the difference between bonding capital and bridging capital, why I believe we need more of the latter and how I share the belief that we live in a network economy; I believe it’s no longer about what you know or how you know – It’s about how many types of people you know.

It’s a subject near and dear to me and one of the reasons I’m co-founding Gauss – The People Magnet.

Knowmads is a business school that educate young creative entrepreneurial spirits. Check out this video to learn more:

Thanks for having me over, guys! It was a hoot! I hope we can do it again some time. :)