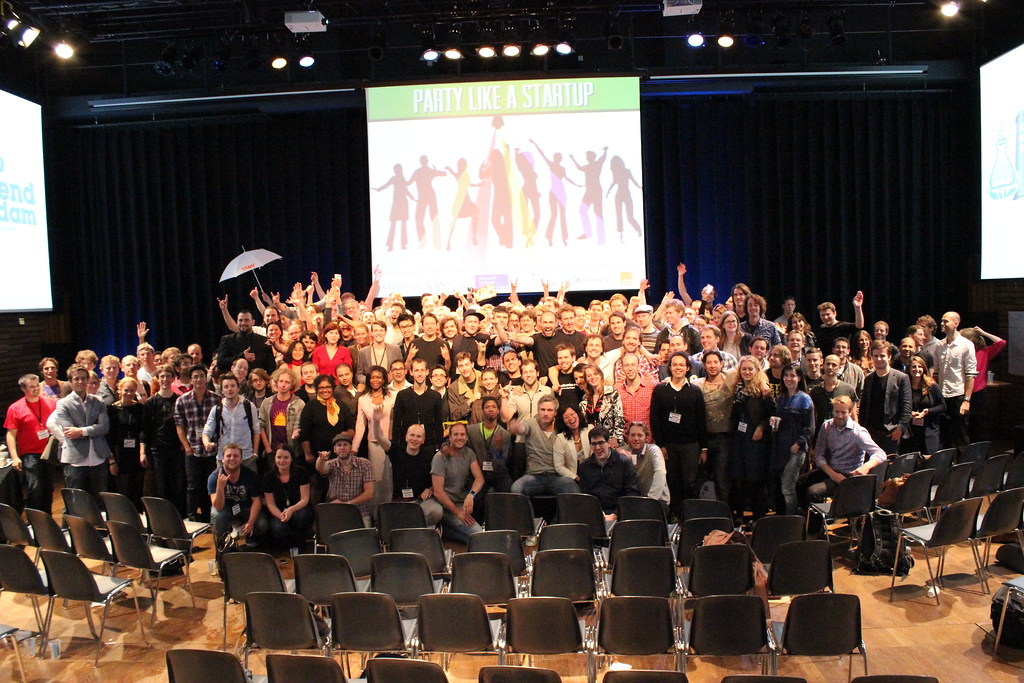 James Digby (@digbyj) kicking it all off: Then the awesome legendary Steve Blank (@sgblank) made a cameo appearance and I just had to ask him if he invests in European startups – On which he retorted I should first take some of his classes. Hah, so we meet again, Steve! I think I’ll have to take you up on that one! :) So exiting that we’re all standing on our chairs! Easygiving.co winning the grand prize for thinking big; A non-profit charity where 100% of your donations go to the cause: 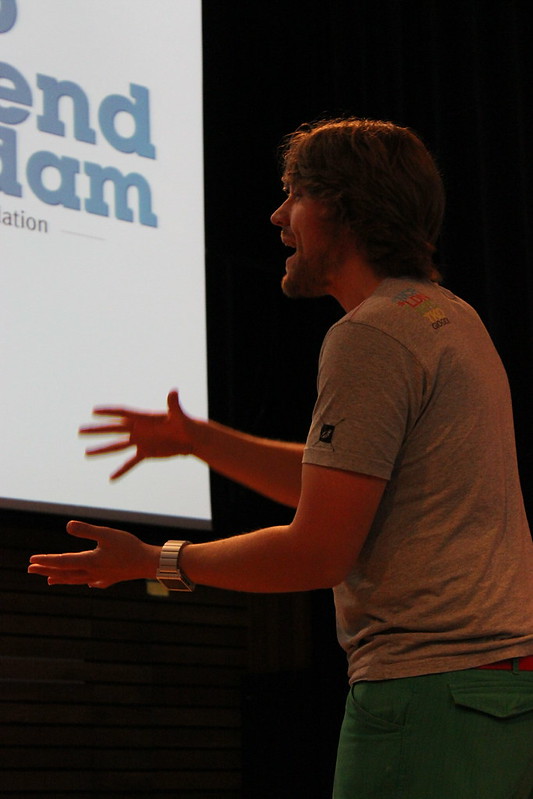 And of course I couldn’t help pitching myself and accidentally ended up winning the Startup Weekend Spirit award for our team http://lunchroulette.co for completely p0wning the judges and capturing the audience but also by telling the story of the learning made, how we invalidated the business model of some other guy’s idea I had originally joined, how the team then collapsed and the idea owner going home, leaving us basically a couple of hours on the last day to come up with this. Almost exactly one year after i presented Lunch Roulette at Startup Weekend Amsterdam, I was visiting the new Facebook HQ in Menlo Park and found out that they had implemented some of the ideas for their staff internally.

Hah! Even the logo looked uncannily familiar! I’ll take that as validation, thank you. 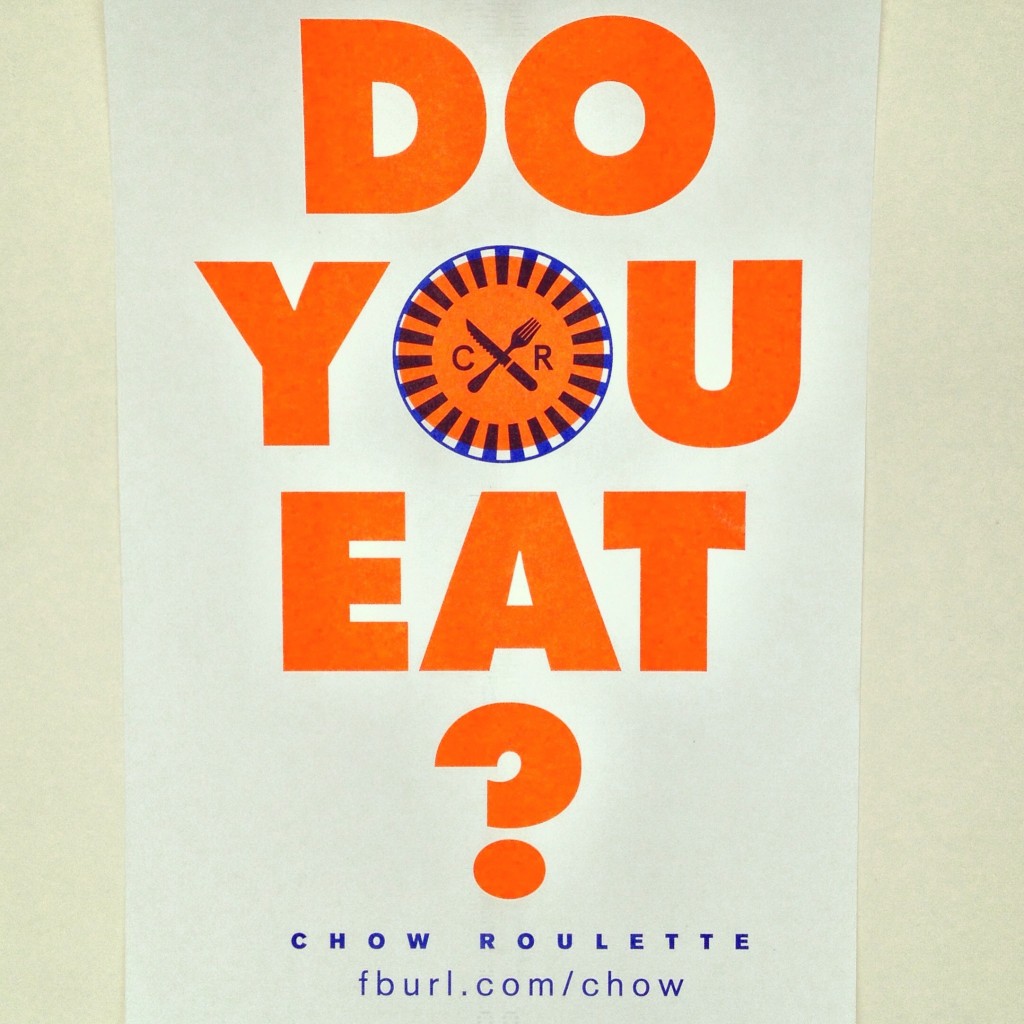 Internal Facebook memo on the wall at the HQ in Menlo Park, June 2013.