So because of you guys, I am now an official Lean Launchpad Instructor as trained by Steve Blank and Jerry Engel at Stanford – And I’m coming back to teach this most awesome curriculum for startup entrepreneurs in and around Cologne!

And the campaign didn’t go unnoticed by Steve: At our final presentations in front of him and the whole 91 educators strong class, I wore one of my sponsors’ t-shirts prominently featuring the central Steve-ism “Get out of the building!”, one of the core tenets of Customer Development, upon he laughingly took a minute to let me explain to class what that t-shirt was all about.

I was thus given the opportunity to explain to everybody present in class at Stanford that the Cologne startup community had sponsored my trip – and they loved it. There was a massive applause and laughter, a lot of pictures being taken. Steve even tweeted it live from class.

Previously that week, I had also been on a panel speaking about local challenges and opportunities where I spoke about the advantages of Cologne as a regional startup cluster and I think this little last gesture convinced a lot of people in the class that we do indeed have a vibrant and solid startup community in Cologne.

As the campaign and the program is now over, I thought I’d share some of the stats from it below.

Steve & Me @ Stanford on “graduation day”

Views: 4,198
Total views to the campaign page – includes views by the same visitor.

Number of contributors, Cologne vs Outside: 23 / 29

Made the IndieGoGo Frontpage 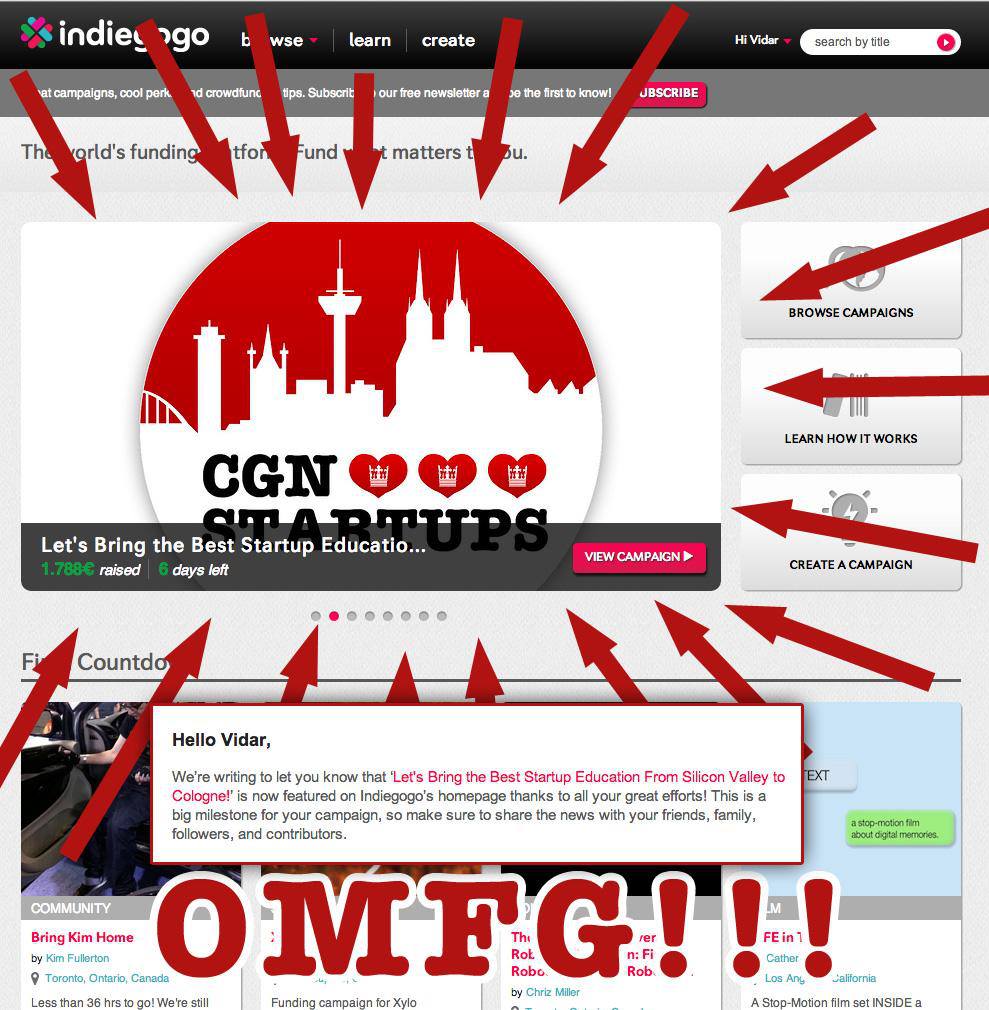 Holy crap! We made the global front page of IndieGoGo! 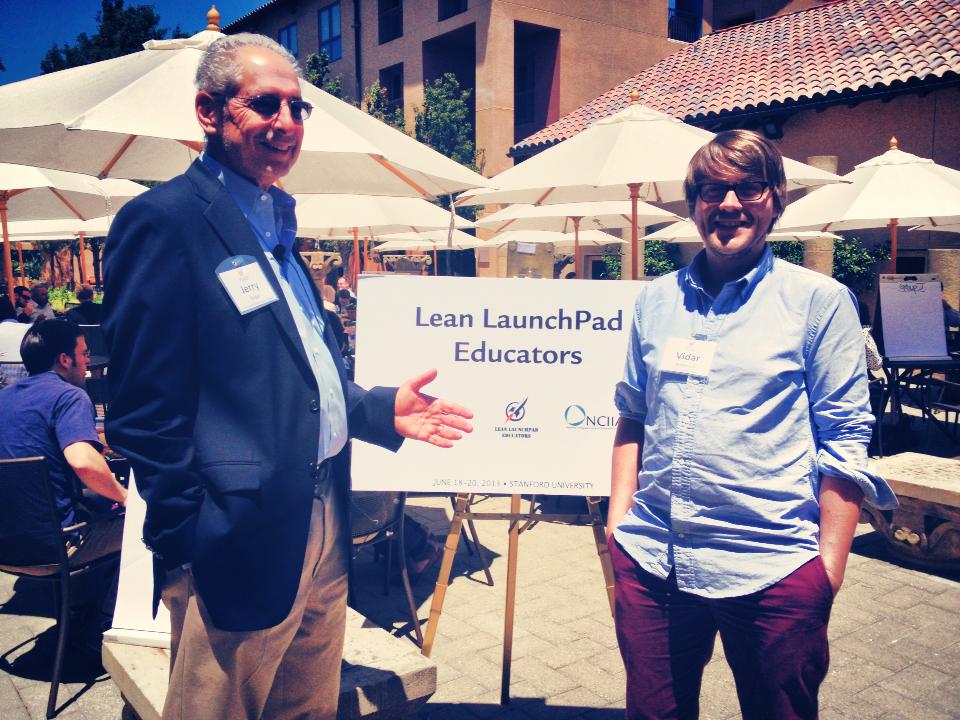 The awesome Jerry Engel of Berkeley Haas & me @ Stanford