In the spirit of the time honored tradition of new year’s resolutions, I thought I’d share what I’ve decided to STOP doing for 2011 and beyond.

So without further ado, let’s indulge in some modern day voodoo / sympathetic magic / psycho-cybernetics / egotistical self-justifying cathartic mumbojumbo, shall we: 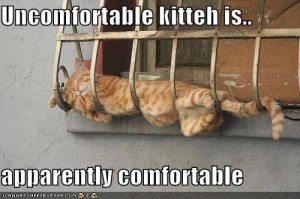 I guess you could say that I’m a notorious underachiever. It’s an energy conservation kinda thing, I venture. Thermodynamics and all that. I guess being “really good” doesn’t make you “remarkable”, though. I don’t blame anyone but myself, but school and being a salaryman for years certainly reinforced the path of least resistance in me.

START stepping way out of my comfort zone by going back to being self-employed, founding and bootstrapping a new startup – and moving together with my long-time girlfriend.

START taking matters back into my own clammy hands and leave the greasy pole salaryman rat-race. Who’s the boss now? Well, I am. I alone am now responsible for my success – or failure. 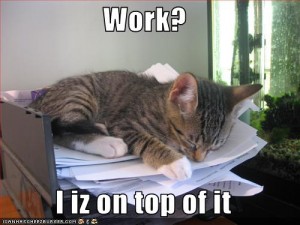 Just because you’re good at something doesn’t mean you should be doing it. Have you ever thought about that?

START throwing myself off cliffs, forcing me to learn how to fly whilst falling. 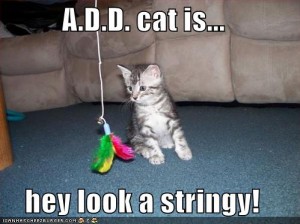 Passion comes easy – I seem to have unlimited amounts of it. Focusing it is hard – I have seemingly unlimited interests and fleeting distractions.

START focusing, disciplining, killing all but one of my pet projects (or at least put them in suspended animation or better yet – put them up for adoption, delegate them or give them away), working towards ONE goal doing ONE thing at a time on ONE project, putting my skin in the game, committing the time and resources, going out on a limb, sticking my neck out and risking failure. 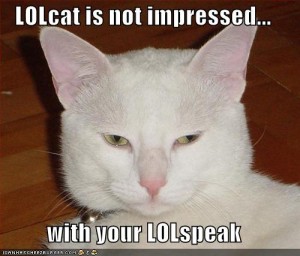 START giving, helping, praising more than receiving, criticizing, chiding. It’s easy and cheap to be negative and criticize or comment without taking the time to reflect and suggest solutions and improvements. But, as Carnegie reminded us: “Be lavish in your praise and hearty in your approbation.” and as Lincoln said: “A drop of honey catches more flies than a gallon of gall.”. I’m OK, you’re OK. I guess not everybody’s OK, but we’re both OK, OK?

If you catch me relapsing, feel free to verbally abuse and humiliate me in public and on the Internet.

UPDATE: Chris Anderson (@TEDchris) was right when he told me that this change would be for the better back in 2009. I accept now in hindsight that my initial reaction was perhaps mostly nostalgic about a future that couldn’t technically and socially exist. As the amount of my followers keept rising, it was becoming self-evident that the changes were needed. Nevertheless, I still feel some of the initial feeling of exciting serendipitous chaos that made Twitter very special back then is gone. I guess I’m still a bit nostalgic. What do you think?

This morning I read a blog post over at Read Write Web (RWW) that caught me by surprise. I recommend you read it too. It seems that twitter has removed what I consider an essential feature in their latest update. 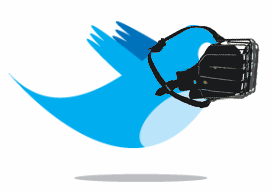 I was so surprised that I wrote a comment in the emotional heat of the moment over at RWW and I decided to republish it here later on. My initial thoughts were as follows:

I’m quite appalled that twitter seems to me to be self confident – if not almost smirk – with removing a setting that potentially alters the mechanics of conversing and discovering on twitter on a fundamental level; In other words making twitter less like, well, twitter.

I find the idea of not listening to 2% of their user base quite grand. Did they do the maths? That’s not a tiny amount of people, is it? My guess is, that there are a lot of the early twitter adopters and evangelists in those 2% too.

Another bet of mine is that most of those 2% are most certainly not confused by the @ reply ‘system’. It’s inaccurate, not threaded and tracked – but who cares? It’s ‘the twitter way’ and some learned to live comfortably with it.

I’m also willing to bet that a much higher percentage was living under the illusion that they were getting every single public tweet from the people they were following and didn’t know that twitter was censoring and deciding what they could and could not see.

As to the topic of context, I personally find parts of the 2008 twitter blog post referred to in the comments over at RWW completely out of touch.

From the post:
“1) You should feel free to @reply people and not worry about it being out of context to some of your followers. In general, they won’t see it.”

To me, twitter is not instant messaging or email. To me, one of the most important aspects about twitter is enabling discovery, stumbling upon new interesting people, sparking curiosity, reading different perspectives. Why take all that away? I’m flabbergasted. Speechless.

Would it hurt too much to just leave the [promiscuous] setting as default OFF, but there to turn ON for the users who are comfortable with it?

Are there economical incentives involving either business plans or prohibitive cost-benefit ratios precluding it? If so, twitter should be up front and transparent about it.

Please bring ‘promiscuous’ back. I don’t want to have to subscribe to the RSS feed of every single user that I’m following in my reader of choice to get the complete unadulterated twitter stream (even from users that may have blocked me).