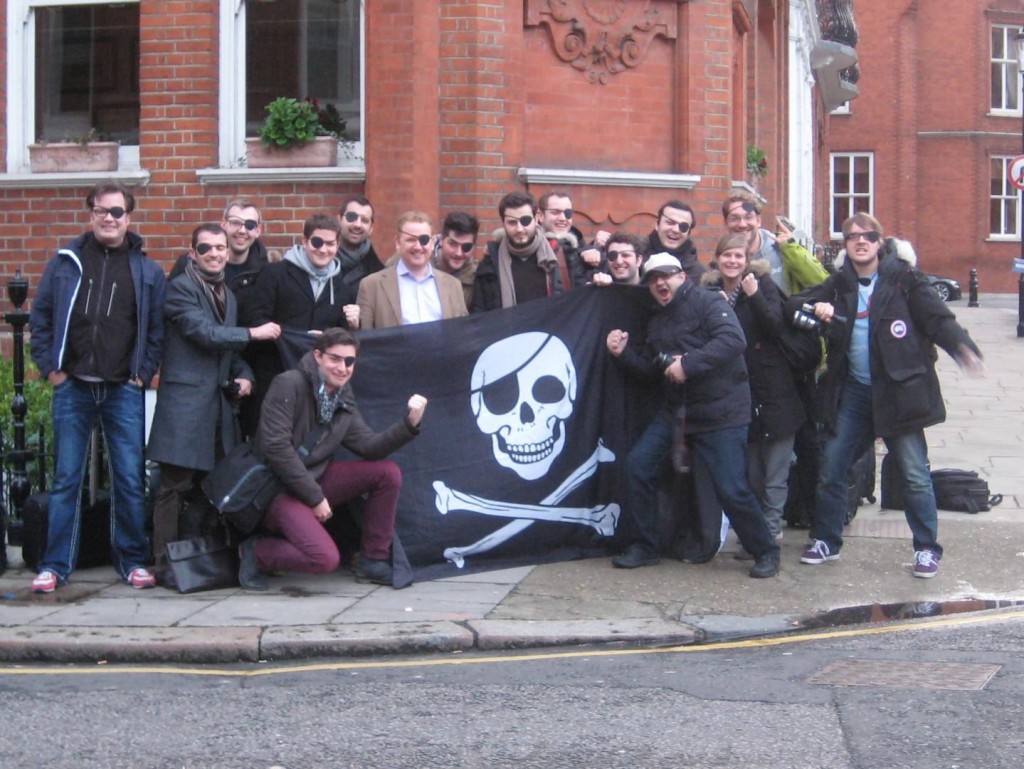 Pirates on a Plane in London

Recently a band of merry men, also known as some of the key figures of the Cologne startup scene (and hangers-ons), boarded a plane and flew over to London to visit the scene there and advocate for our ecosystem there.

This summary was originally posted by Till Ohrman on The Pirate’s Inn:

We want to kick-off this blog with a brief summary of our recent trip to London, where we found out that not only Cologne, but the whole of NRW needs more attention.

Last week (Jan. 30-31) we went on a little trip to London with some startup pirates. The idea started in November last year, when Phil Moehring (yes, he’s from Cologne, NRW!) fromSeedcamp visited us in the Clusterhaus for a little presentation & invited us to their main Seedcamp event in January, so we hacked together a schedule for a two day visit and went from an initial five committed tech people from Cologne to a stunning 17 entrepreneurs, a few investors & corporates – and thus Pirates on a Plane (#poap) was born.

So we got on a plane, flew over to London and, with the help of a lot of intros from Phil, sat down to talk to a few startups, investors & corporates.

Here’s a quick summary of our trip:

We had an interesting Q&A session on Venture Capital, Balderton & ecosystems with Harry Briggs & Rob Moffat

Take-Away:
They want to spend more time in Cologne and Harry reads Exciting Commerce thanks to Google Translate.

We met Konstantinos Papamiltiadis and got interesting insights into their culture, leadership and organization. 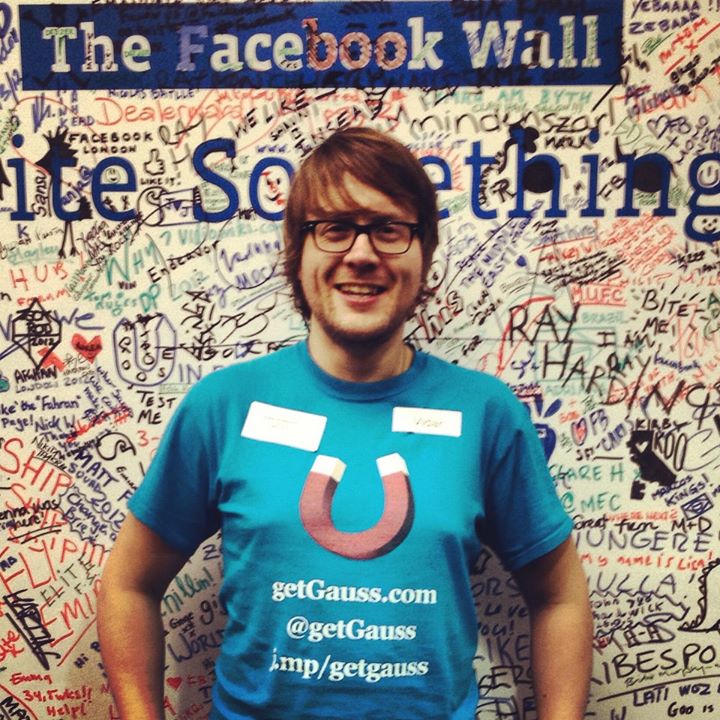 Take-Away:
Zuck is available for a Q&A session every Friday. Delicious, incredibly delicious food in the Facebook UK canteen.

We learned about the local regulations, the UK VC situation and Tech City, thanks to Mathias Loertscher & Ray Coyle from OC and Andrew Humphries from TechCity UK. 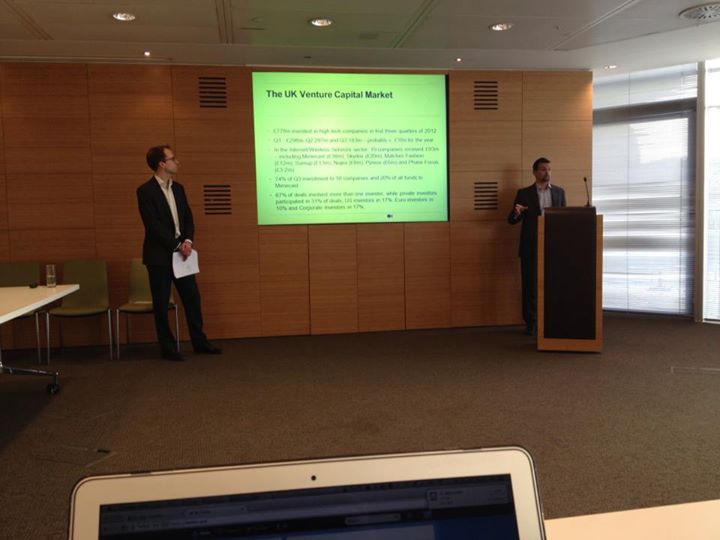 Take-Away:
Lawyers & government employees can have an entrepreneurial background!

We met some of the newly funded Seedcamp participants and some of the brightest lights of the UK startup scene. #nophotos, or maybe one #explainsitall

A little tired, but highly motivated crowd arrived just in time at Moo HQ to have a short tour through their production facility and got a great presentation about the up & downs of moo.com by Lisa Rodwell, moo’s Chief Revenue Officer.

Take-Away: Great quote by moo’s CEO: “I rather have a hole in the team than an asshole”

Learning how http://t.co/Y7RGRq5B pivoted from a social network called PleasureCards (what could possibly go wrong with that name?)

Quick meetup with this little fellow 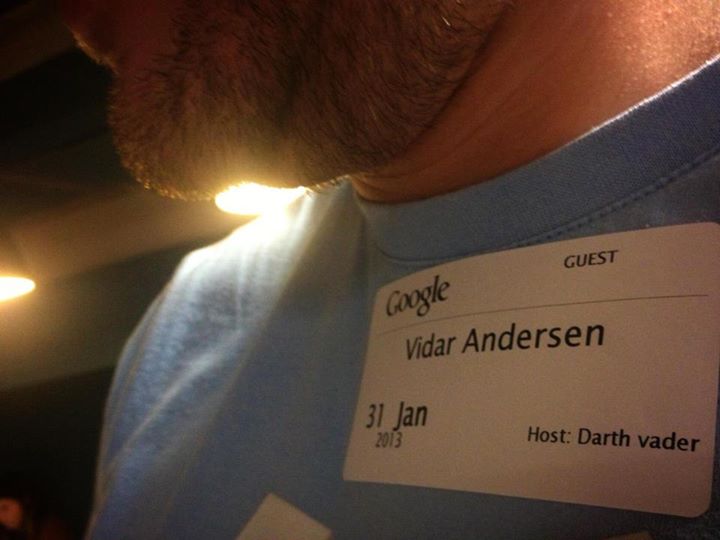 Afterwards we had a great lunch at T.G.I. Fridays with Nina from Index Ventures and Rob Fitzpatrick from dex.io

Last stop before flying back to Cologne. We met Sean Seton-Rogers and learned more about the ProFounders “micro VC” investment approach and how the UK & London startup ecosystems works.

Check dawawas for all photos of the #poap trip!

We had an amazing time, represented Cologne, hopefully raised some awareness about the region and connected with a lot of great people. But most importantly, we became more closely knit as a group and came back with a bag full of ideas and highly motivated to accelerate the regional tech ecosystem. It’s true that we were there for a purely educational and business-related trip, but I wanted to see if we could have a bit of non-work-related fun too. So, a few days before we left, I was suggested this article to read for things to do around London, especially Shoreditch. I was thinking we could’ve maybe seen some places if we had had the time. But maybe next time!

That said, we would love to get in touch with you. We want to know about your story, your startup.

This blog is not a one-man show, currently we are a group of >15 people and we’re open for you to help get this ball rolling. Come join us!

Yours truly
the pirate crew