Today I read an insightful post by Paul Graham on how to come up with startup ideas, roughly summarized as “don’t think of startup ideas – start solving your own problems” and alternately as he puts it “live in the future and build what seems interesting”. It inspired me to share with you why I co-founded Gauss – The People Magnet.

tl;dr – I’m living in the future, building something interesting, solving my own problem. 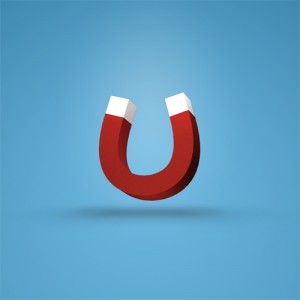 As a rather   , shall we say “eccentric” or “eclectic” person, it has always been hard for me to meet “my kind of people”, to find “the others”, to make new connections and to make new friends. (And no, contrary to the typical geek stereotype I do not mean in the romantic sense. Contrary to Johnny Rotten, I know what I want and I know how to get it).

As a university dropout, I originally wanted to be a film director, I know the paralyzing and depressive effects of suddenly being removed from your peers, your social ties, “your people”. As a result I lived in a closet-sized room under a staircase as a social recluse in a tiny village for a whole year. It almost killed me.

Then the Internet found me and I accidentally discovered another career.

Much later as an expat, I’m a Norwegian native living in Cologne Germany, I got to know the feeling and effects of not being connected first hand yet again. The only people I knew were my customers and my colleagues. As a result I buried myself in corporate salary-man work until my GF kicked me out, until it almost killed my spirits, my personality. And as I was finally “downsized“, I still only (mostly) knew colleagues and customers.

Then the entrepreneur in me reawakened and accidentally set me on to a new path.

Today, as someone who’s been learning by doing, steadily growing a network by organizing events founding a startup going to new places meeting new people all over the world and finally finding my tribe I have come to know the amazing power of paying it forward first hand; I feel the power and joy – and the self-confirmation and affirmation – of getting introduced to and introducing others to new people on a daily basis. I’ve always had an inclination, a natural drive, to help the “creators” of the world, like musicians, authors, artists and entrepreneurs, but was only after the advent of the “social” Internet that I came to truly acknowledge and conscientiously tap the power of people helping people through connections and introductions. Both in my personal life and my professional life (as if there was a difference).

But it shouldn’t be this goddamned hard! Still! You shouldn’t have to resort to the extremes of organizing your own events and found your own startup just to be able to “find your people”, to grow more social (bridging) capital for yourself, to feel connected. You shouldn’t have to be able to travel the globe to find them. It’s still a hassle. It requires a lot of time and often money. For various obvious reasons, we cannot all do this. A lot of us just don’t have the time or the resources. A lot of us aren’t this privileged. A lot of us aren’t this extrovert. It’s just not for everybody. In short, the process of discovering your people, getting introduced to them and making new lasting connections with them still sucks. A big one!

I started on the journey of ‘Gauss – The People Magnet‘ (getGauss) because I wanted to be able to better find my people, get introduced and connect more easily. To take some of the hassles out of it and save me time and money. To help “shape and accelerate my serendipity” if you will. That was it. It was that unglamorous, that egotistical. However, on this amazing journey I have been constantly meeting new people from all over the world telling me they also have the same problems, the same needs and wants. Both personal and from a professional needs. That’s why I now truly believe that we all should have the chance to be well-connected. That it should be for everybody, not for a privileged few. That it should be easy(er) and more democratized. But it’s going to be a long journey – so count me in for the long haul.

I’m also very happy to see that since we started on a semi-blind bet back in 2011, other startups like Highlight, Sonar, Banjo, Glancee (sold to Facebook), Intro, Bizzabo, Olea Park and Hereonbiz have also been appearing, also attacking the same kind of problems from different angles. I take that as further validation that we’re dealing with a real problem for a significant number of people and that it’s a problem worth solving. And I do love competition because it keeps my game sharp and in the end, the users always win. And more connections for everybody is a good thing, regardless of who’s facilitating them.

I never claimed that the idea behind Gauss – The People Magnet is an either novel or unique one. It’s more of a inevitable consequence of a number of technological advances and social changes coming together and enabling new ways to address a latent or inherent basic human need: The need to connect and feel connected with other human beings, and the more individual need to “find your people”, “find the others” in the words of the infamous Timothy Leary. The first time I started thinking about this in a structured manner was back in 2002 or 2003 as I shared in a previous post and I shared a rough overview of my views on the technology and social changes enabling the future for something like Gauss and social discovery in general in an interview with StartupLive at SxSW 2012 (at around 2/3 ):

To help further explain, I thought I’d share some of my beliefs, some of the sources for my reasoning, the influences guiding my journey with Gauss (@getGauss), as an added bonus for the more curious of you out there.

This is what it looked like when we launched the public beta live from stage at LeWeb:

Like Rachel Botsman, I believe “the currency of the new economy is trust”. And trust is inseparably linked to social capital.

Like Brené Brown, I believe that connections is the most important thing in life, both in your personal and in your business life. It’s why we’re here. It’s what makes us human. It’s the key to happiness.

Like Ronald S. Burt, I believe “it’s not about who you know but how many types of people you know”.

Like Mark S. Granovetter, I believe in the power of weak ties.

Like Nicholas Christakis, I believe “social networks are fundamentally linked to goodness, and what the world need right now is more connections”.

Like Heather Gold, I believe offering something about yourself is the fastest way for people to meet you.

Like Daniel Gilbert, I believe “…we find it gratifying to exercise control, not just for the futures that bides them – but for the exercise itself. That in a discovery process, we cook the facts to support our own views, and it must feel like a real discovery process and not a snow job. That the brain wants to control the experiences we’re about to have. That the feeling of being the captain, real or imagined, steering your boat is more important than the port of call for mental happiness”.

Like Robert Sapolsky says, “…the dopamine system is not so much about reward. It’s about the anticipation of reward. Dopamine is about fueling the behaviors needed to achieve the reward. Dopamine in this mesolimbic pathway as driving goal directed behavior. Introduce a 50% randomness to an action being triggered, the dopamine level shoots through the roof compared to action triggered 100% of the time. This is what happens when you introduce “maybe” into the equation – and that is incredibly reinforcing. People will work like mad in context of “maybe”, far more so than in the context of certainty. You get what is know in psychology as intermittent reinforcement“.

Further more, I believe in the McLuhian “Global Village” and I believe we are living through a revolution. I believe in a return to a digital neo-neolithic of sorts, where we are re-connecting, where we are returning to a more natural point before industrialisation, population expansions, urbanisation and social, commercial and political systems fragmented, alienated and dehumanized us. That we are using technology to extend our natural humanity to cope with the scale of population and geography and the glacial evolutionary pace of our brains – not do dehumanize nor to alienate – but to democratize and re-connect. That technology is the only credible way to accelerate human happiness. I believe in a future where we can and will return to one person, one individual == one persona, one profile.

In short, I’m a techno positivist. I believe in a happier, healthier future through technology. And I aim to make Gauss – The People Magnet an integral part of this inevitable future.