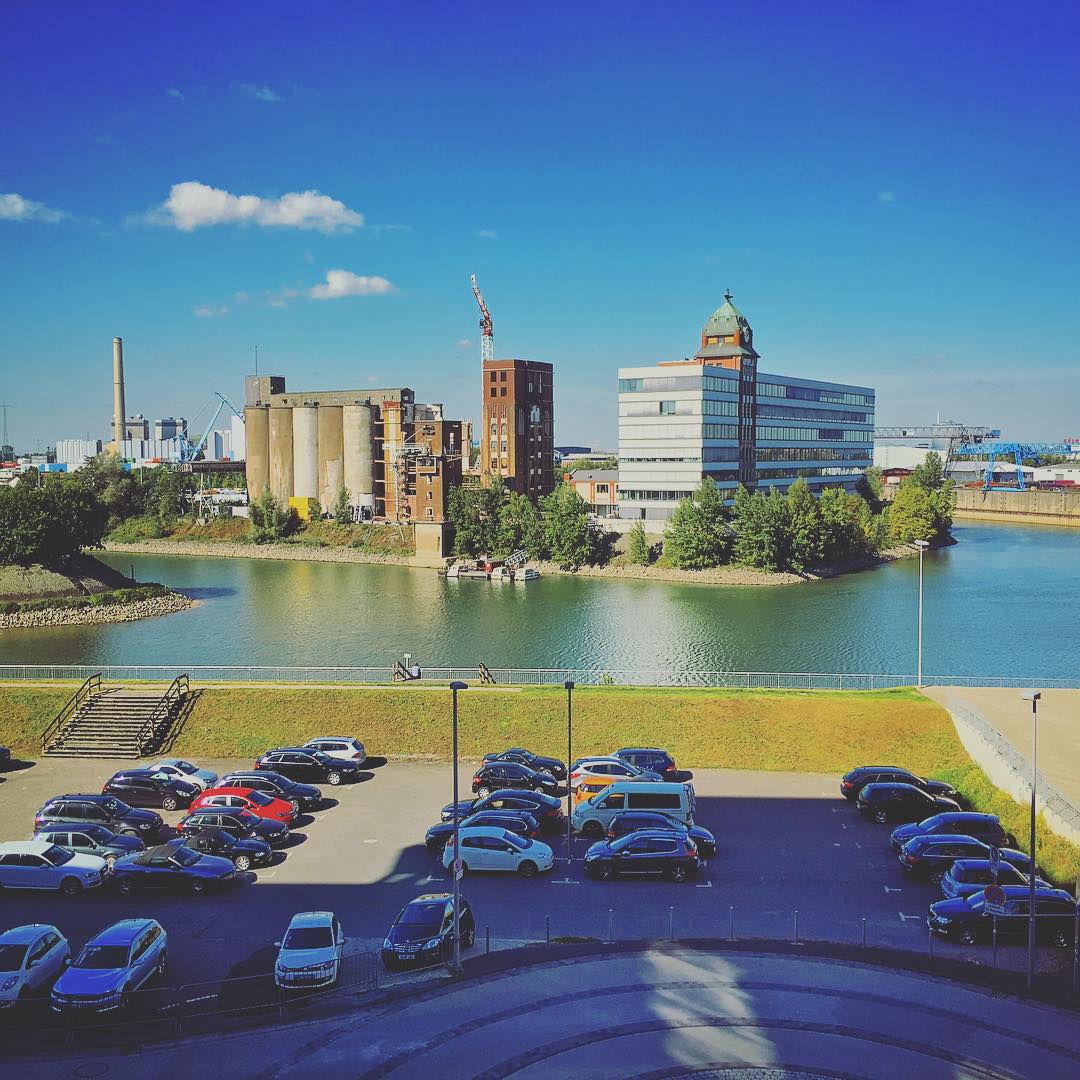 Gründerszene has interesting piece about the state of startups in the state of North-Rhine Westphalia (NRW) where I reside and have been championing as a great place to found your startup in since 2011. It is no wonder that people are wanting to invest in/buy startup stocks (Startup Aktien kaufen) to help businesses thrive.

I got asked about my opinion about the startup scene in Düsseldorf. Is it all roses?

Here’s the bit translated from German:

“But the startup scene is growing in other cities. The Cologne co-working space Startplatz is now represented here [DUS] since September last year. Monthly events like the Rheinland Pitch provide for networking opportunities and inspiration. The Factory Campus also opened in the recent Dusseldorf Startup Week. That is to say the startup spirit is flying high also in Düsseldorf?

Serial founder Vidar Andersen sees it differently. The Norwegian was previously instrumental in the Cologne startup scene, for example in bringing Startup Weekend to Cologne back in 2012. He sees potential for improvements in Düsseldorf, where he now lives.

‘Düsseldorf is today where Cologne was a couple of years ago’, he says. ‘The scene hasn’t self-identified as such yet, and it is being dominated by service providers like coworking spaces, corporates and investors at the moment. The founders are missing’.”

Yes, I think the Feeders (service providers) still think they are the Leaders (must be the founders) in Düsseldorf. Perhaps the Feeders would do wise in getting onboard the Boulder Thesis as it has to be the other way around to grow a successful ecosystem:

And the sooner the Feeders will stop confuse starting a small or medium local business with founding a startup, the better. We’re not well served as a community by having Feeders act and behave as it is the one and same thing. That just makes us look unattractive and immature as an ecosystems from the outside and won’t help the founders already here be successful – let alone the smart and capable founders who won’t come to our city to found their startups here as long as we don’t even get the basics right. 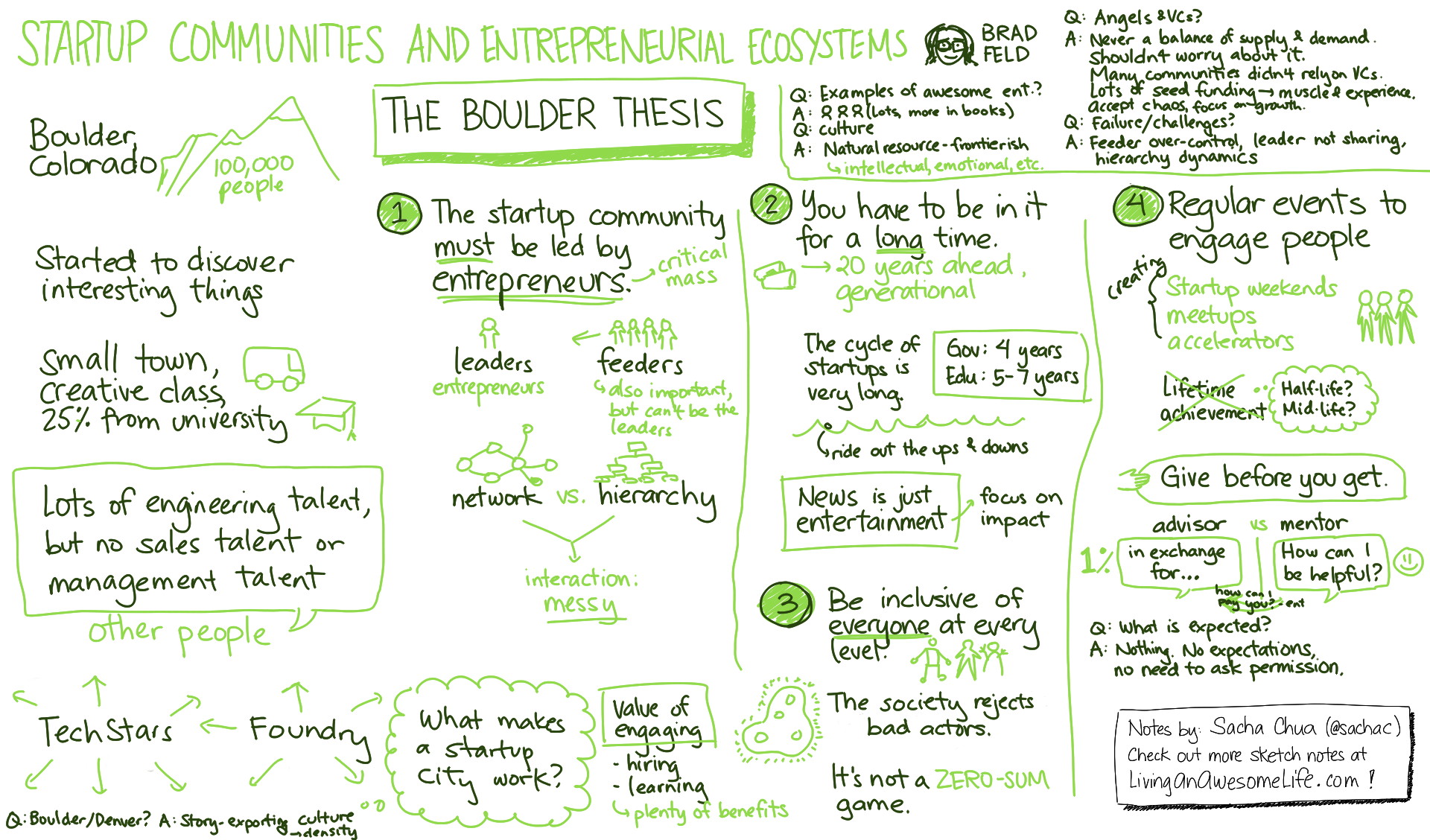 So what is the difference between a new local business and a startup?

One obvious difference would be that new local businesses usually get funded by loans by local banks – and the banks obviously expect to get paid back. Startups on the other hand won’t get loans from a bank. They raise money from an entirely different investor class, usually in the form of a Business Angel or Venture Capital – that take it for granted that they risk losing the money forever.

But why is this? If you ask two of the founders of the Lean Startup movement, Steve Blank and Eric Ries, they would say:

Startups are temporary organizations in search of a scalable and repeatable business model operating with a high degree of uncertainty (with many going to check it out for this reason).

New local businesses are more or less permanent organizations that are executing known existing business models with a high degree of predictability.

Or as Paul Graham, founder of YCombinator, more bluntly puts it “Startup = Growth“. And not any kind of growth: Hyper growth, that is exponential growth. That means growth to the level of 10% week over week or higher – the infamous hockey stick growth curve.

Whatever definition you find the most fitting, the fact remains that startups are not smaller versions of existing companies and require completely different things to be successful.

Conflating the two isn’t helpful in growing and helping the startup ecosystem and it only makes you look like an ignorant fool to capable startup entrepreneurs and sophisticated investors – so let’s all agree to stop doing it!

What we now know

History of the corporation

Startups are not smaller versions of large corporations

See the rest of these videos and get up to date – for free!