This article was originally posted at STARTPLATZ by Inga Höglund in German. Reposted here for my English speaking friends. TL;DR – I’m now available for free advice every Wednesday 1100 hrs – 1400 hrs (BER time) at STARTPLATZ in Dusseldorf (check availability and book up front). 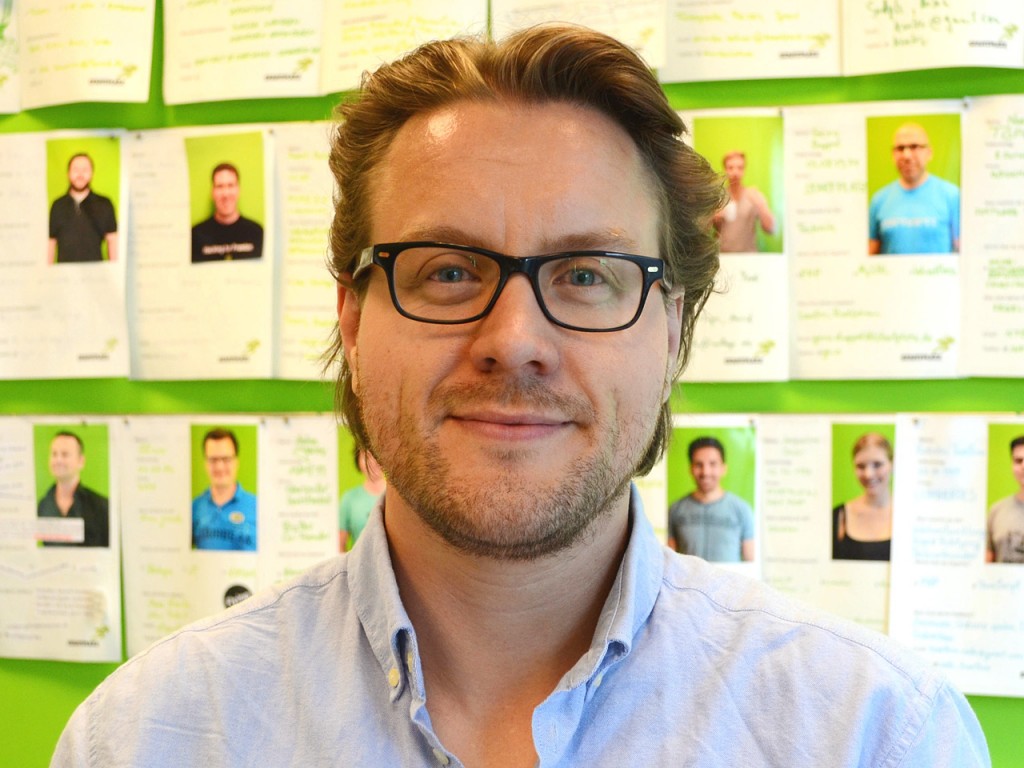 The Norwegian entrepreneur and startup founder Vidar Andersen has since over a year become one of the important members of the STARTPLATZ family.

Vidar supports the regional startup scene coaching applicants to the monthly Rheinland-Pitch event how to pitch their startup and moderating also the event itself. He organizes the Startup Weekend Cologne, Startup Next Cologne and he also lectures and holds seminars around the topics lean startup and corporate innovation here, and now every week he’ll be here for his open office hours.

Whatever startups need help with, he is able to advise and assist. Sometimes, they need help securing more funding to set up their operations and he is able to show them different ways to secure the money they need. Other times, a startup might need simple advice on where they can find the right office space and furniture. He will be able to suggest local commercial property and furniture companies like Office Monster (https://www.officemonster.co.uk/). No matter how big or small the issue is, he is willing to help them out.

This is an interview with Vidar about his open office hours and why he’s so actively supporting the Cologne startup scene. Many thanks to Vidar for taking the time to speak with us. We hope you enjoy the interview.

Q: How did you get the idea to offer free open office hours?

I’ve actually been doing something like this since around 2006. I was a member of small private networks like “Ideas & Feedback” and “Idea Crumble” in Cologne, offering feedback and help to peers for free in closed groups. For international open office hours over Skype or Hangout, [OHours have since gone out of business – You can now book at http://ohours.youcanbook.me]. I’ve also been taking free meetings in Salon Schmitz for feedback on business ideas for many years. However locally in and around Cologne it was only available to those who knew about it. People who knew someone who knew someone who knew me. It was rather inaccessible and I wanted to make it more transparent and available.

On my startup journeys I have made several mentors from the Bay Area, and one of the first things they taught me was to give unconditionally. They told me that they were helping me, because they knew that I would do the same for others asking for my help – unconditionally. You give what you receive. In general, I think you have to give in order to receive.

As I myself founded startups, I always encountered a lot of questions. It helps when you can speak to someone or have someone help you. Someone that listens, gives you advice based on similar experience, knows who to talk to, gives you introductions. Someone that can make you avoid common mistakes.

And as I mentioned, I’ve been doing this for years already in several forms in Cologne. But as time went on, it became increasingly annoying and hard to individually coordinate times and dates for the meetings all the time. That’s how I started to think about how I could make it easier for everybody. How I can become available to more people on a predictable basis where we both don’t have to work to find a time and date that fits for the meeting.

And now it has indeed become easier: Vidar is available at STARTPLATZ every Wednesday, 10am to 1pm (if he’s not currently abroad, so check for availability in advance as he travels quite often).

Q: For whom are the Open Office Hours?

I’d say it’s for anyone considering founding a startup, people with business ideas, for students with entrepreneurial ambitions and non-funded, early-stage startup founders.

Q: It’s a real luxury that people can get your advice for free here at STARTPLATZ. Why do you do it?

Right! But the group of people I’m helping can’t afford my base rate anyway. So why would I charge them? Startups are the worst customers you can have anyway. They don’t have any money and need every cent they’ve got and they are the least loyal customers ever – you won’t be able to sell them anything after the first invoice anyways. And people who think giving away something for free lessens the value of it are usually people who have nothing unique to give. I give because I can. Because I care.

And I think it’s really bad Karma to rip these people off. I mean, they don’t have any money in the first place. We’re talking students and non-funded startups here. And if they do have a little saved up, they are going to need all of it to sustain themselves when going all-in on their startup. I should know. What goes around comes around, you know.

If I had a cent for every “I built this thing. Where do I take it from here?” or “I have an idea. It’s the next big thing. I just need a lot of investor money” I’d have quite a money jar full. You’ll get unfettered, unfiltered critical feedback from me on your product or business idea.

And you’ll most likely even get homework assignments and a set date to report back on how you fared. I want to know what you did about what we talked about. Everybody can talk. Not many can both learn and execute.

Q: What are the biggest mistakes of young startup founders?

Oh, there are of course several mistakes you’re going to be making when starting out for the first time – but one horrible thing I keep on experiencing is this insane belief that ideas are somehow worth something in and of themselves. One of the biggest misconceptions is that ideas are worth something.

The biggest mistake is to carry an idea around without doing anything about it except maybe talking. Without trying to test it out in the world in any way or form as soon as possible. Too many people think that their idea is so incredibly fantastic that they are going to be copied the moment they share it with the world. Which is of course completely ludicrous. Borderline insane even.

That’s more like a life-lie people tell themselves as an excuse to not do anything with their ideas other than talk. Call me mean if you will, but then it’s just a daydream fantasy that you are using to escape from a life that you are frustrated with. You should probably start to reconsider what to change in your personal life instead of wasting other people’s time with your daydreams that you will never be able to execute.

Yeah, if you’re already making money, if you’ve found something that’s working, and it’s digital, a large total available market, highly scalable and easily copyable – Of course you should worry about Samwers & Co copying you. They probably will. Because they have much more experience and resources than you. So think about real risks before you start. But until you have a company with a proven business model, before you’re making money – no one in the world is going to copy you. They are not going to be that stupid. They’ll watch you go through all the pains of finding out how you are going to be making money. Then they might copy you. And only then.

Q: What do you tell people in such situations?

I always say: “How wonderful that you have an idea. But it’s unfortunately worthless. We all have ideas. But they are all worthless without execution”.

Then the question becomes, what are you going to do to validate your idea, to test if your idea could work – in the real world – until we meet again? Are you solving a problem? Are you fulfilling a need or desire? Have you gone to a business consultant like Voltage Control (VoltageControl.com)? Do you know at all? You think you know – so show me evidence in the world that it is indeed so. On which facts do you base your idea on? Oh, none – only fantasies? Then get the hell out of the office and get the facts. Then we’ll talk.

You need to find some evidence in the market that what you’re trying to create also will find customers willing to pay. And I don’t mean your friends telling you that they’ll totally buy your product. That’s bullshit information. Projections about future purchases are worthless. You’ll have to do better than that. Did you manage to get someone to pay cash instead of talking? Did you at least get some contracts signed? Customers will not come just because you build it. That never happened.

It’s all about business. Not about “feel-good”, songs-around-the-campfire experiences. Because the market is ruthless. That’s why I think advisors who are consciously filtering negative feedback and critique and instead sweet-talk and ass-kiss the founders all the way through to their wallets are doing them a huge disservice. Founding a startup is not for everyone. It’s tough and it certainly isn’t fun for most of the time.

Q: Will I profit from paying you a visit?

I honestly don’t know if you’ll profit from it. That’s up to each individual case. Some are probably going to hate me, because I completely massacred their idea. But those are the kind of people who won’t ever found a startup anyway – only talk.

But it’s immediately profitable in the sense that I don’t invoice you after the meeting. You save paying my rate that you can’t afford anyway. And several already told me the advices I gave saved them from wasting a lot of time and money down the road. And I’ve also repeatedly heard that just one of my single free office hours gave them more actionable and valuable information than several thousand Euros and weeks wasted on a so called “startup consultant”.

So maybe come visit my free open office hours first and see for yourself. You can always go and get ripped off by a “startup consultant” that never founded a startup themselves later.