Recently I was honored to be invited to South by Southwest (SxSW) in Austin, Texas as a startup ambassador to the state of NRW (where Cologne is located) and Germany. 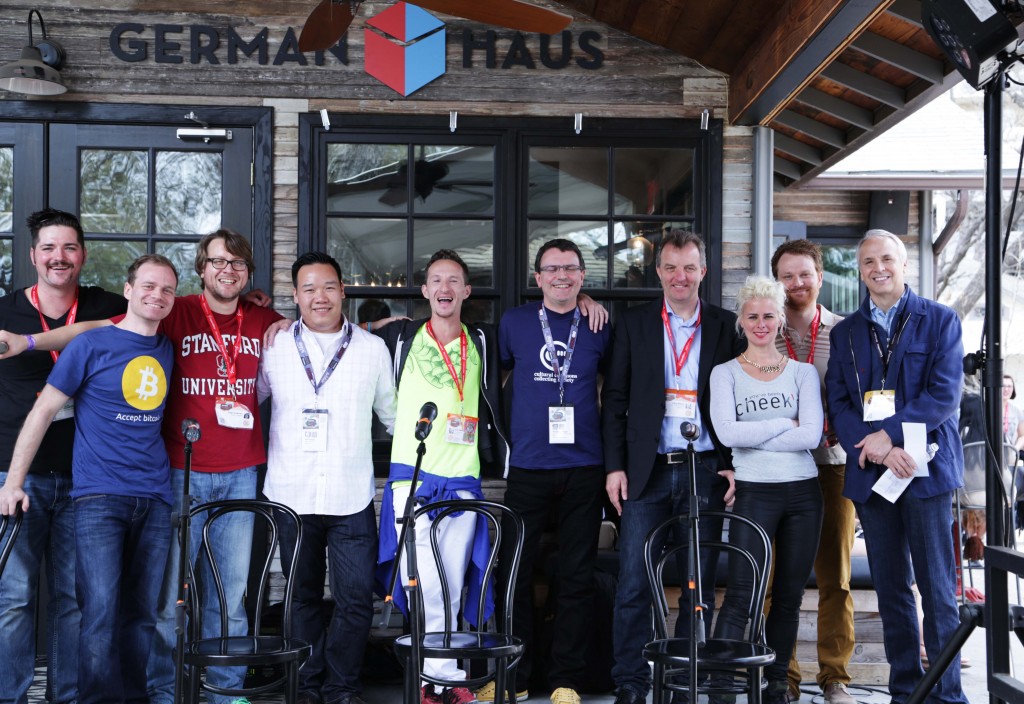 My responsibilities including speaking and moderating at various events at SxSW, helping to bring in US investors and other interesting people to the German events, and helping to organize and MC the Startup Dating Game, a new and fun take on the old TV classic having VCs and startups date, at the official German venue, German Haus. 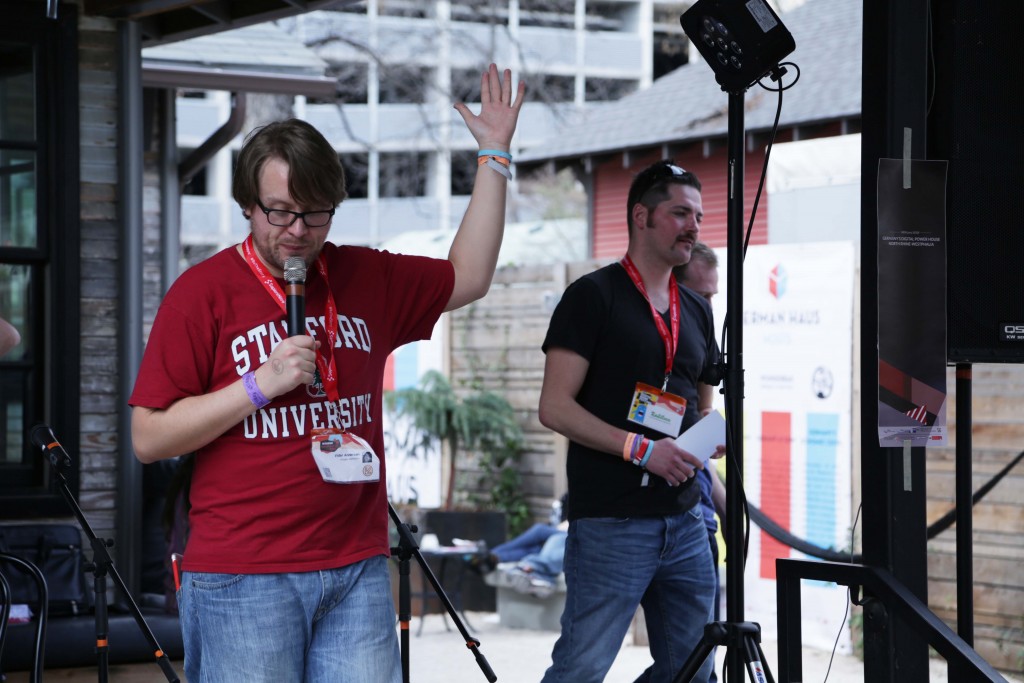 Look at the talking hands 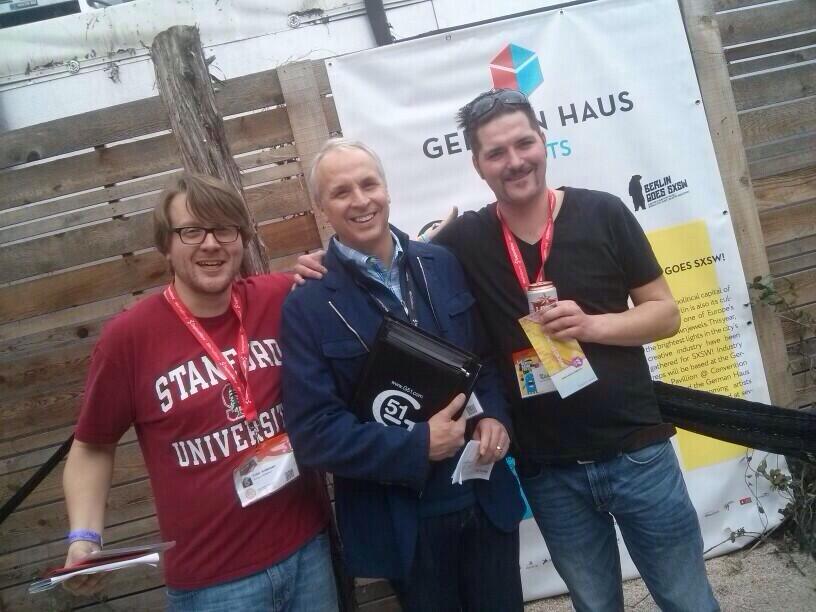 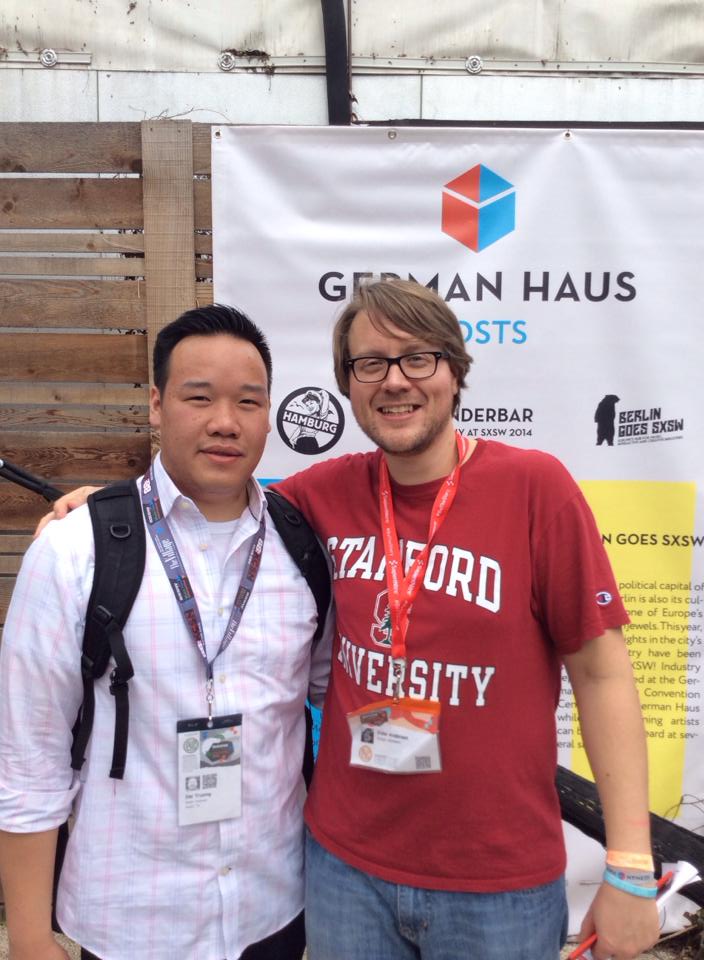 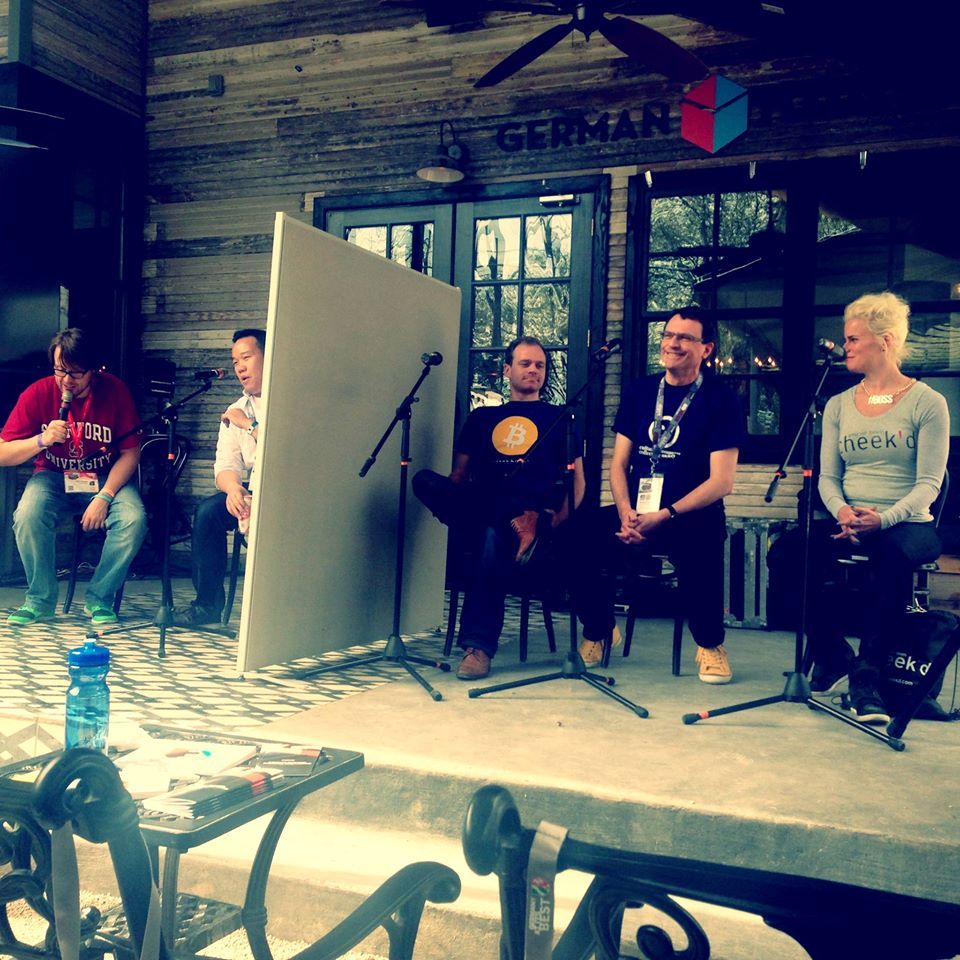 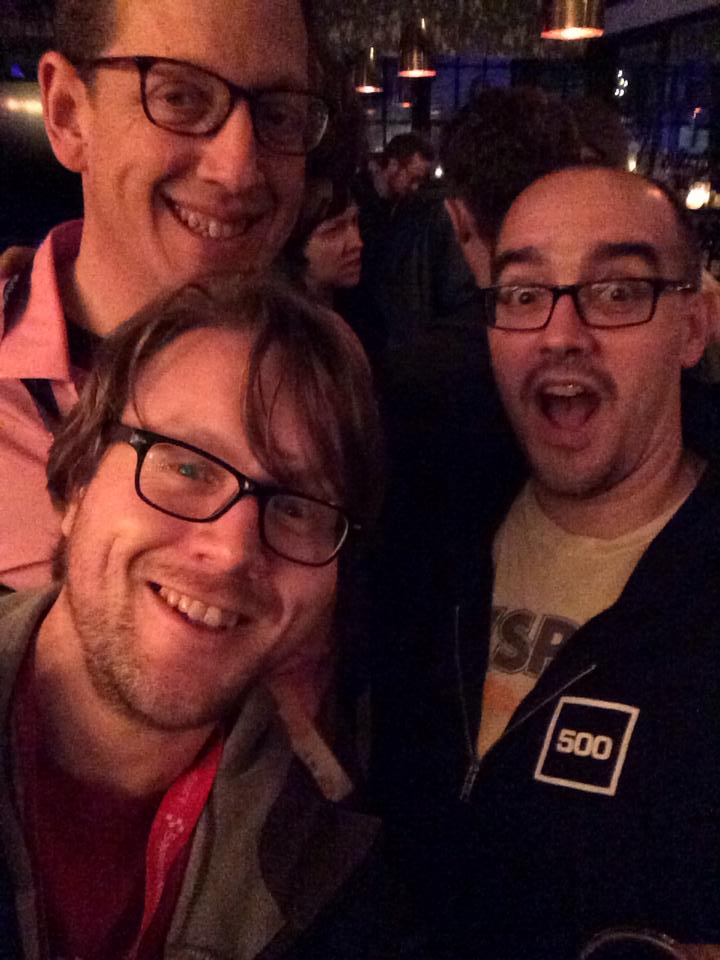 Look who I managed to drag to the German Haus! Great to party with Jeff and Dave again. 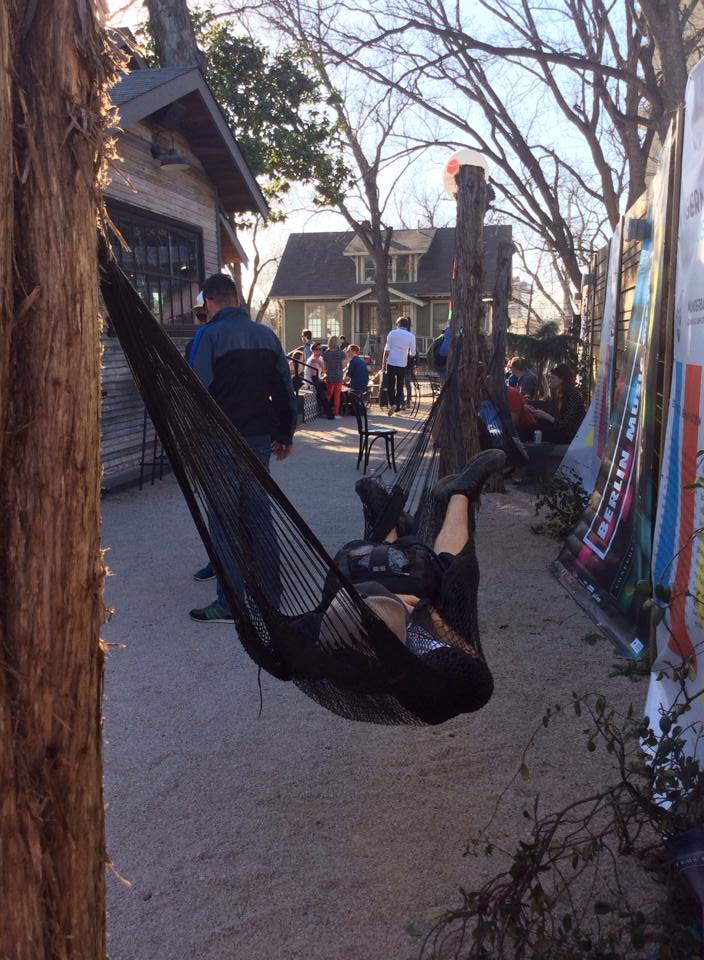 Even more chillaxing at German Haus 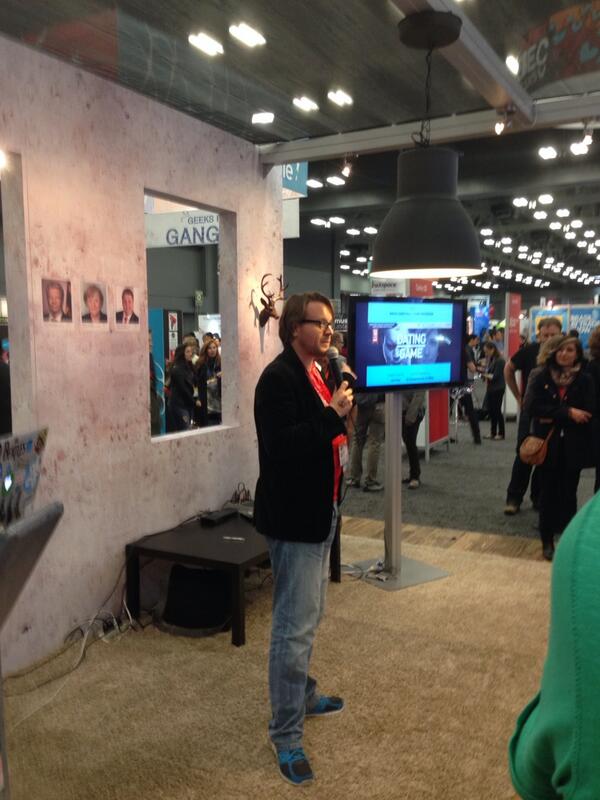 Speaking on the convention floor 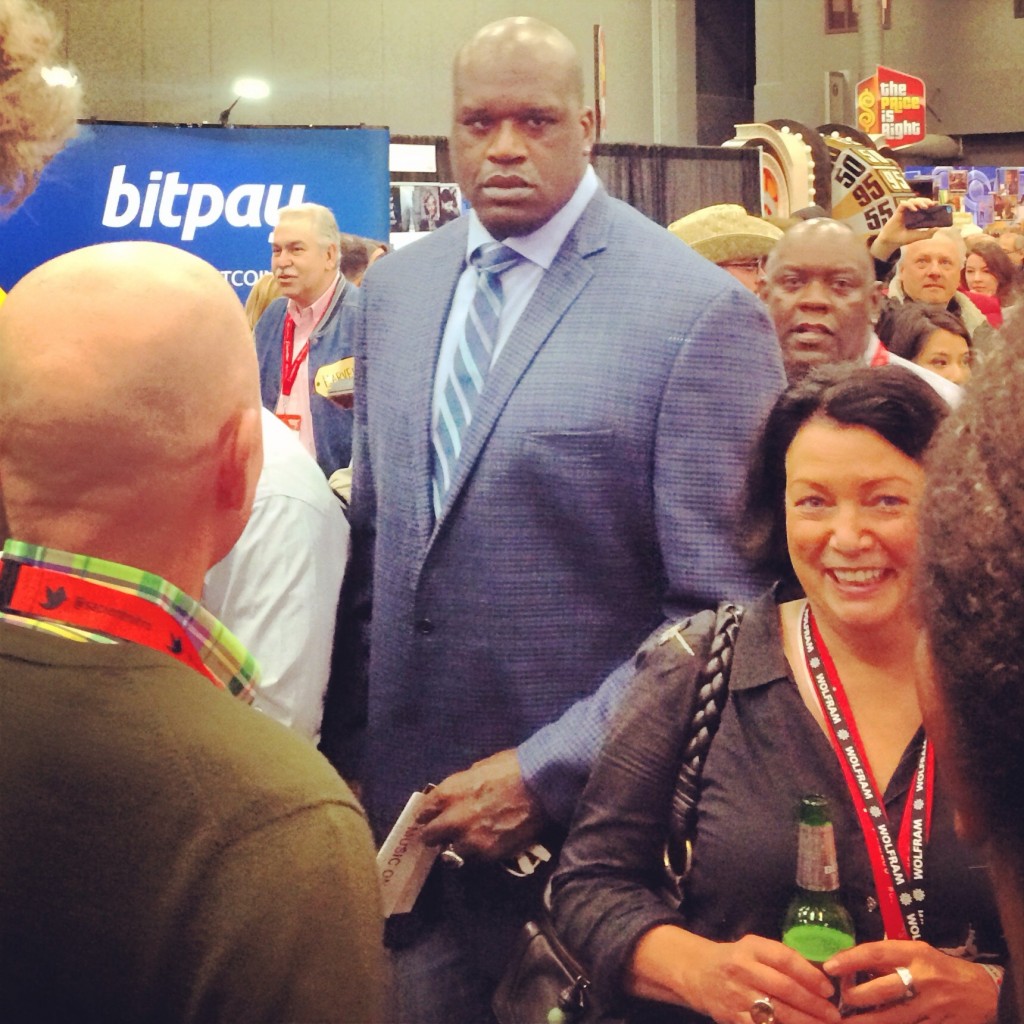 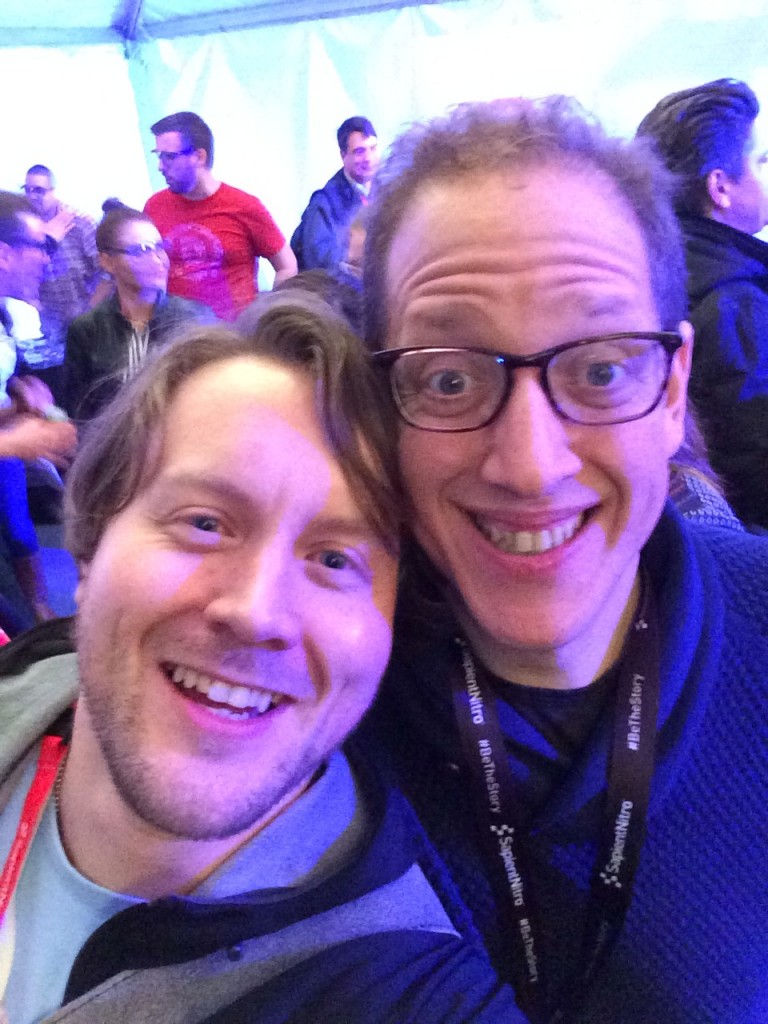 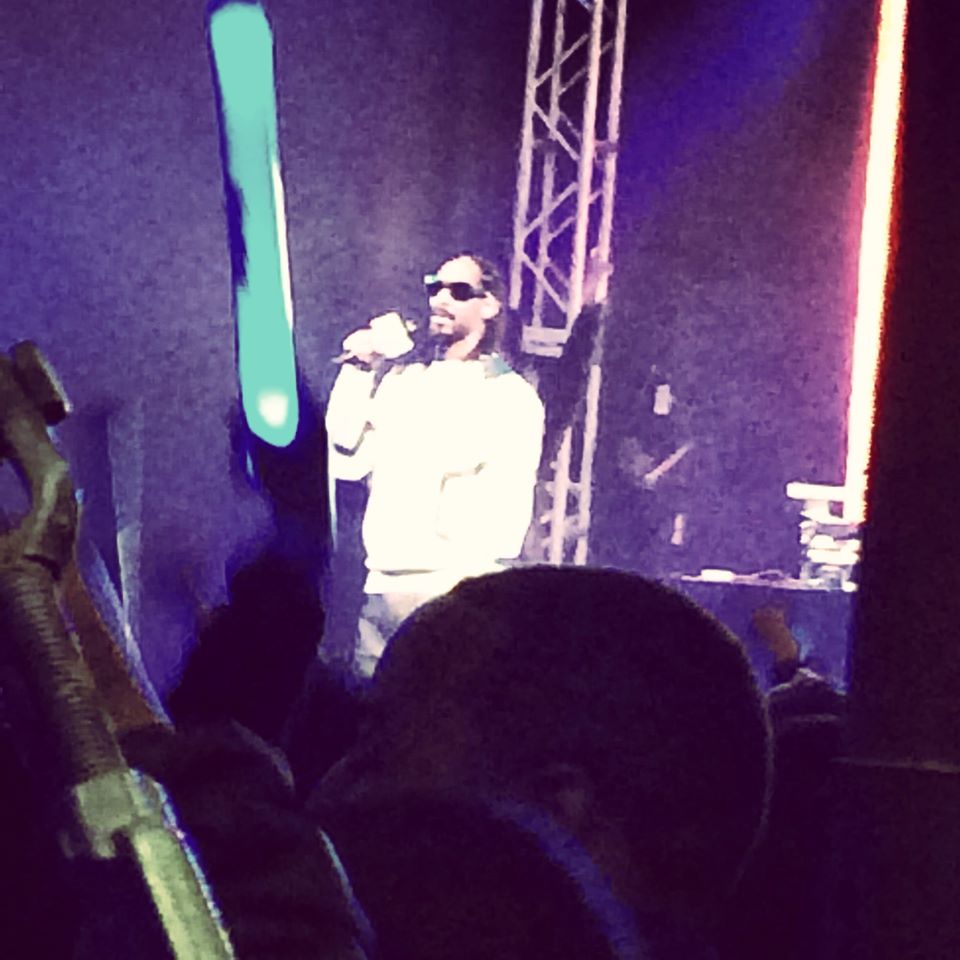 Oh, and there was the legendary Snoop VIP party that I went to and lost my iPhone – and which was later miraculously found and returned